Philosophy Magazine‘s new Summer Fall 2017 Action and Reaction edition focuses on the most relevant social topics and presents them in a sophisticated, artistic way.

“For this issue, we have worked with some of the most prestigious artist’s of the European underground art scene, such as Mark Lebon, Viva Gore, Tommy Ca$h and Neil Drabble but Donald Trump and Angela Merkel also make an appearance. Collage artist Kalen Hollomon (who works with musician Weekend on his album covers) has also created some special works for us. The two covers were photographed by London-based French-Chinese photographer Nhu Xuan Hua and London-based Hungarian photographer Orsolya Luca and they feature top model Gabrielle Rul and Eastern-European rapper of the moment, Tommy Ca$h. ” – from Philosophy Magazine. 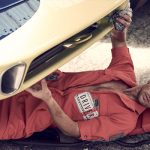 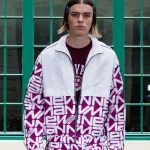