Year 2017 has seen the most diversity on the fashion runways, both in New York but also in Europe, at the same time the plus size models also got their spotlight to shine. While for the first time in New York not a single runway went without a model of colour, and while Kenzo celebrated it’s heritage by an entirely Asian cast for the spring summer 2018 show, the plus size models also had their impact on the fashion industry. [IMAGE: Italian Vogue J une 2011 by Steven Meisel]

Ashley Graham became a force to reckon with this year, the top-model grabbed the TV screens on America’s Next Top Model and taking the cover’s of American Vogue as well as ELLE Magazine. At the same time she successfully runs her fashion line but was also the first ever plus size model to walk for the widely known American fashion designer Michael Kors.

Yet, only five years ago Fashion Industry was still enable to cope with plus size modelling and their place in the magazines as well as the runways. One of the biggest game changers in the business, Vogue Italia editor Franca Sozzani, who was known for breaking the rules, shocked the scene in June 2011 when she placed Candice Huffine, Tara-Lynn and Robyn Lawley on the cover. These three relatively unknown models, were one of the hardest working plus-size models in the business at the time. The cover shot by Steven Meisel for the edition was one of the true game changers in the business, in a move fit for the always daring Franca, who sadly departed in late 2016. But long before Ashley Graham started getting her runway swag on, there was the gorgeous Crystal Renn. Today often snubbed by the same fashion insiders, for actually losing weight and becoming a regular size model, whose prejudice she thought against Renn is still the one to take the credit in this contemporary revolution of the fashion world. Still, Renn also had her own battle to fight, citing from her book “Hungry: A Young Model’s Story of Appetite, Ambition, and the Ultimate Embrace of Curves”: “When I signed a big modeling contract, moved to New York City, and started traveling around the worlds. It is also when I developed a ferocious case of anorexia and exercise bulimia, and began to lose my hair, develop frequent bruises, and experience frequent heart palpitations. And still my body refused to remain a size zero. As my weight rebelled, my mania escalated. I experiment with diets and fainted between casting calls, slumping to the sidewalk of Madison Avenue. Until one day I realized that if I wanted to live, I could no longer starve. So I ate. And ate. And I returned to my natural size 12 – the size of the average American and the size I was when I REALLY made it big.” Ren’s best selling book brought never before seen view of a model battling the prejudice at work but also an eating disorder and the consequnces of the same.

The empowering Crystal, while today not the size 12 is still a supermodel and a pioneer in the modelling industry. She is still landing her magazine covers and also focusing on a career of a photographer. However embodying models of size bigger than the sample size 0, was challenging for the fashion industry, the process is slow and often it seems harder than actually making the fashion houses realize leaving the ‘all white‘ casting behind. Battle for diverse catwalks also includes these days sexuality and age, the cipher is not as impressive unfortunately, since only eight models which marks 0.3% were transgender and six which is 0.2% percent were over the age of 50 on the New York Fashion Week Fall runways. DESIGN SCENE magazine July issue we reflected on the diversity issue with our exclusive interview with transgender top models Ines Rau, and stunning fashion series starring the gorgeous model of colour Patricia Akello.

The battle plus size models are having is closely connected, if not the same as the battle against the racist prejudice in the fashion industry. Thanks to women such as Ines Rau and Ashley Graham the fashion industry is realizing casting them is actually beneficial for their business. While that fact might be unfortunate, as in every industry profit plays part, thus many fashion houses are far from open minded with their policies, often catering to the conservative buyer and the way of thinking. A great example of fighting the game from the business perspective is plus-size model Mckenzie Raley, who founded a New York based label Land of Women, which followed by remarkably successful skin care line catering to women of all size. Often plus size dresses are a great resource when searching for clothes online, but also provide a good styling variety.

Furthermore the celebrity world is also generating its momentum in the business niche, Actress Melissa McCarthy whose clothing line is available in department stores but also on HSN. McCarthy shared: “When I go shopping, most of the time I’m disappointed. Two Oscars ago, I couldn’t find anybody to do a dress for me. I asked five or six designers, very high level ones who make lots of dresses for people, and they all said no.” That is what sparked the actress to start her own line, which resulted in incredible success.

The fashion designers are following the trend as well, long before Michael Kors one of the first designer to cater to the plus size women is Fashion Designer Christian Siriano. Last year Siriano sent five plus size models, while the fall winter collection featured 10 of them with a beautifully diverse cast in tow, also starring the gorgeous Alek Wek.

The bottle continues from the legal perspective, where models with a low BMI under the health regulated standards are banned from the runway. 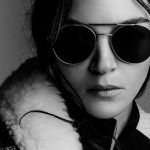 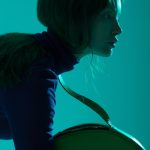