Top model Bojana Bo Krsmanovic by photographer Igor Cvoro on the teaser cover of our DESIGN SCENE magazine‘s September 2017 issue styled by Katarina Djoric. Bojana whose mother agency is Fox Fashion Agency in Belgrade is also represented by The Lions in New York and Los Angeles, while in London she’s with Elite Models, Uno Models in Barcelona and Scoop Models in Copenhagen.
Bojana is the face of Guess for multiple seasons and has appeared on pages of Elle and Harper’s Bazaar magazine to name a few.
DESIGN SCENE 017 is out NEXT WEEK – PRE ORDER YOUR COPY or get 1 YEAR DIGITAL SUBSCRIPTION for a FREE COPY (plus 10 more issues of DESIGN SCENE). 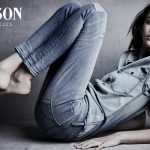 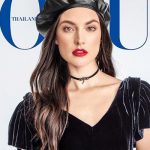