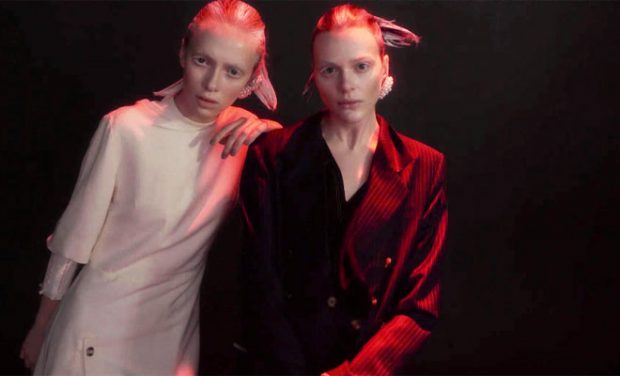 The Story of Possession‘s main idea was to transmit on the screen the tension that exists between the victim and the assaulter. The exclusive DESIGN SCENE magazine video is directed by Vladimir Pikul and Sasha Kutovoy, starring Anna Yarmolenko and Elina Laskova from L-Models entirely outfit in pieces from Chakshyn collection.

According to the plot of the video the attacker is embodied as something paranormal. In the frame we see 2 characters (positive and negative) that interact with each other creating an atmosphere of tension and anxiety. The location is divided into 2 zones black and white, emphasizing the light and dark side on which this two heroines interact. The phantom (Elina) wakes up and attacks his victim (Anna), pushing her, which eventually leads to the obsession of the victim and her transition to the dark side. The main inspiration for this clip was a fragment from the movie “Possession” by Andrzej Zulawski.

Scroll down for full credits: 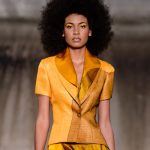 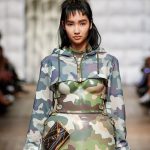