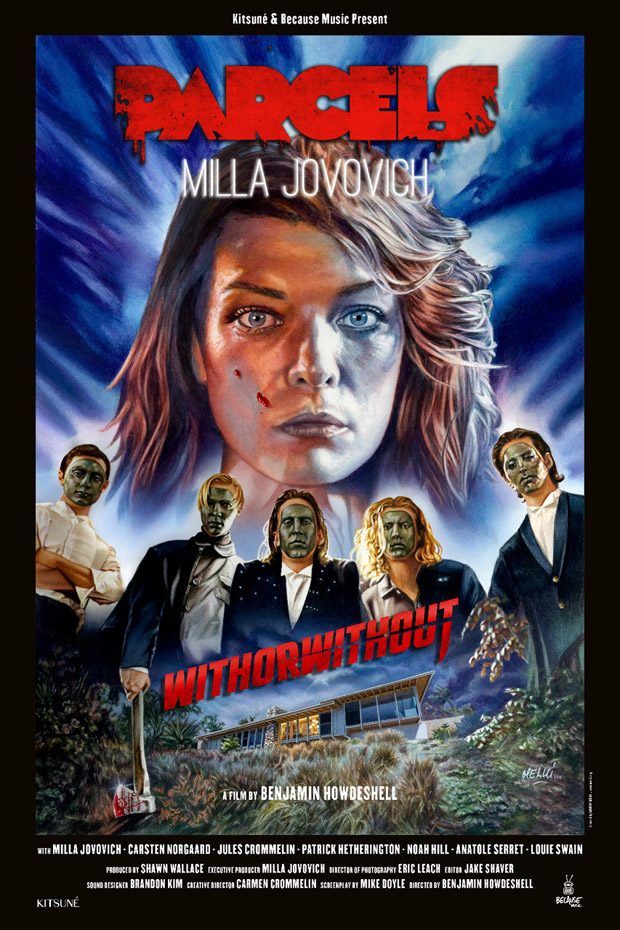 “The video stars Milla, a fan of Parcels in real-life and in the film, drifting aimlessly through an evening in a mid-century LA home that matches the retro feel of the band. Her husband (played by Carsten Norgaard) is similarly disconnected until the reality of the couples’ glitter-masked intruders sets in.“

“When Milla called me to describe what she and Parcels had in mind for a horror music video/short film hybrid, I was immediately all in. We envisioned and experimented until we felt like we’d hit all the right notes for integrating this incredible song into a visually beautiful, yet horrific story.” – Howdeshell

“We developed the idea of Milla being this darkly obsessive Parcels fan in a strained marriage and seeing where this could go in a slasher movie. This video is our celebration of the American slasher film, a genre which is fascinating in its traditionalism and strict maintenance of its classic tropes with each new rendition. The masks, the kitchen knife, the home invasion and of course the final girl – which in our case got to be Milla, the iconic queen of horror herself.” – Louie Swain, Parcels keyboardist. 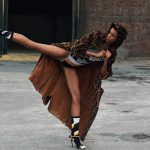 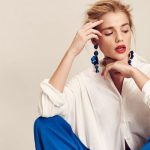