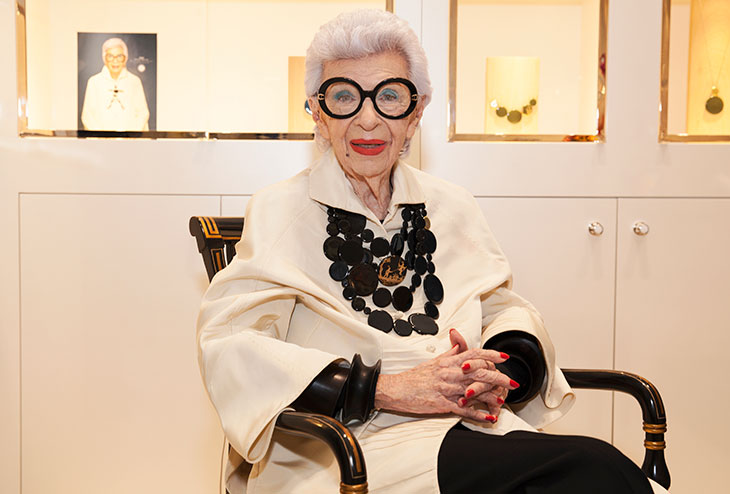 Iris Apfel the 98 year old style legend never fails to impress, this year we had the chance to meet Iris in New York at the launch of her collaboration with Maison Bernardaud. Eidtor Zarko Davinic reflects on her latest collaboration as well as Apfel’s unparalleled career.

Silver coiffed, colourfully dressed with love for oversized jewellery, and masterfully bespectacled, style legend Iris Apfel has been immortalised in 2014 with an eponymous documentary by Albert Maysles. The documentary is following up with Iris a few years after Met Gala dedicated to her and her style in 2005 an entire exhibition. In the past couple of years Iris has been in the spotlight on the covers and in the editorials of prestige magazines such as Elle, L’Officiel Paris, The Stylist, FT How To Spend It, Vogue China, Vogue Portugal and even Dazed & Confused. 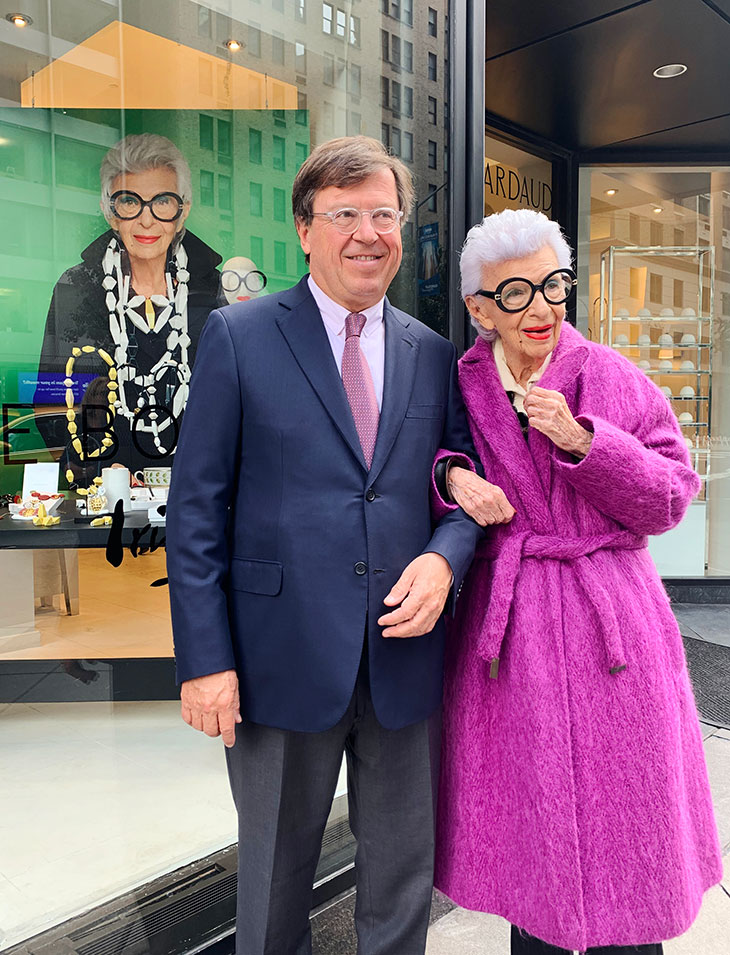 She’s spent the past eight decades wearing many different hats as an owner and designer of a textile company, interior designer, professor at University of Texas at Austin, and most recently an IMG Model. A slew of fashion brands has taken notice of Iris who is now the oldest person with a modelling contract. Apfel is signed with the modelling agency giant IMG Models in New York. In the past two years Iris has booked probably more campaigns than many of your favourite top models. At the age of 98 she has posed in front of the camera as the face of Kate Spade, Alexis Bittar, Wisewear, Aigner, Blue Illusion, Magnum Icecream, and Luxottica to name a few.

Even at the age of 98 she is launching one passion project after another, the latest is remarkable collaboration with the French house Bernardaud launching a line of porcelain jewellery. On the launch day of this show stopping line of jewellery we had the honour of meeting with Iris Apfel and Mr Michel Bernardaud the head of Maison Bernardaud. The duo talked with us about their eye-catching new collection and future plans. Iris and Michel met during her visit to Paris a few years ago. After her meeting at the Bernardaud store in Paris she and Michael got an idea to make jewellery in a true Apfel style. The porcelain house for the first time went into creating jewellery fit for Iris, so easily to guess it was all about a perfect mix of oversized porcelain pieces.

“Jewellery I think is the most trans-formative of all the accessories, if you wear basic black or basic any colour and you have a wardrobe of jewellery. You can go off to work in the morning, and then you can go to lunch by changing your jewellery, a little cocktail something more dressy,” says Apfel in her conversation with One Kings Lane a couple of years ago. “You can even go to a gala if you have some rhinestone jewellery or something.”

For Apfel, who says she’s lucky to have original ideas still come with ease inspiration is not find to hard. The collection Michael Bernardaud and Apfel worked on is named Be Bold Over. Michel Bernardaud and his team worked on this collection with Apfel for over two years. The collection features a massive stick figure like dark necklace which Iris named Adam. In addition to this monochrome statement piece Apfel has also worked on nuanced and chunky necklaces as well as eye-catching owl broaches in three different colours. All three owls sport a pair of round spectacles reminiscent of Apfel’s signature circular frames.

Apfel is undoubtedly the expert when it comes to transforming the ordinary into the extraordinary and that was celebrated by Harold Koda, Curator in Charge of the Metropolitan Museum’s Costume Institute by The Met exhibition in 2005. The exhibition was simply said dedicated to her colourful style. Many outfits from Iris’ private collection were on view at The Metropolitan Museum of Art for five months under the exhibition titled Rara Avis: Selections from the Iris Apfel Collection. The Met project showcased 40 outfits spotlighting Apfel’s unique relation between fashion and accessories placed to assert the style above fashion as well as the individual above the collective. Iris is undoubtedly an expert when it comes to transforming an outfit with a mix of jewellery. Capable to find a way of mixing a couture Valentino with a flea market necklace, her style never ceases to impress. Apfel spends most weekends foraging the flea markets: “I’d rather go to a flea market than just about anything. It’s the process I like – the same with getting dressed. If I’ve got someplace to be, I’ll spend more time getting dressed than I spent at the actual event. Sometimes. Even in my own closet, I love to dig and search and find.“

For Apfel, it wasn’t till 2014 when her documentary ‘Iris‘ hit Netflix that she became an international phenomenon. Millions of people streaming her documentary ravelled in her bold outfits, sense of humour and tireless approach to life. What the viewers brought even closer was the endless love Iris displayed with her husband Carl who during the making of the documentary turned 100.

Iris’s newly found fame has to thank the fast paced world of today’s media. Just as with Apfel along the expansion of the social media as well as the streaming services other legends of our time found new legions of fans. Such is the story of one of America’s most recognised writers Joan Didion, whose work is now rediscovered by thousands of new fans around the globe. After her “Joan Didion: The Center Will Not Hold” hit Netflix her books rose up on must-reads by some of the most influential critics in Europe and further. The heartfelt life story told by the 85 year old essayist has in a similar manner fascinated a whole new generation. The new era of social media also helped us discover fashion legends such as Carmen Dell’Orefice who still lands top fashion glossy covers at the age of 88. Another fashion icon is definitely beauty guru Linda Rodin, whose work at the age of 68 also found it’s way to the legions of new fans through social media. While we ourselves regret even having to mention or somewhat define the age of these ladies, they are all a true statement of ageless creativity. 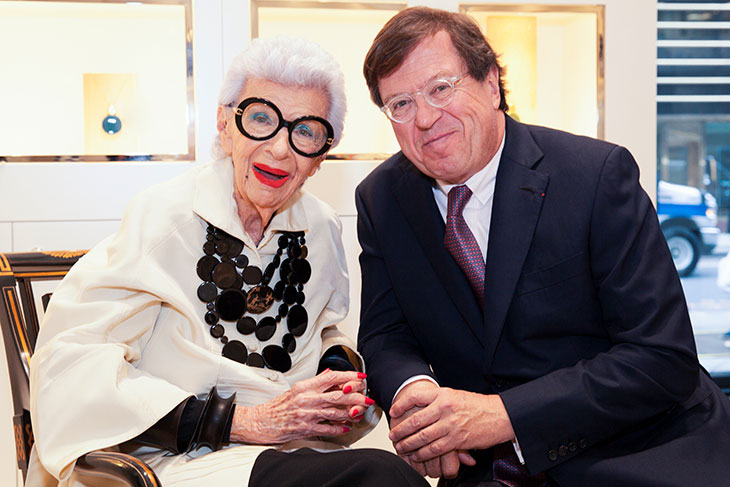 “One of the most inspiring autobiographies I have ever read was written by Iris Apfel, a New Yorker. I can tell you that everybody just has to like her with her charm, her sense of humour and her special sense for colours and fabrics, at 97 years old, she is probably the oldest teenager I know, but also the biggest style icon of our time.” shared Kate, a PR director at German fashion house Aigner. A brand with whom Apfel collaborated last year on a collection of handbags. The words of praise for the legend come from her latest partner as well, Michel Bernardaud and his team shared: “An exuberant fashion icon, and a witty character with a certain sense of humour, Iris Apfel believes that style has no age. At odds with the norms, Iris Apfel is the absolute symbol of more is more and handles with genius the codes of fashion by pushing them further and further.”

Iris whose mantra is: “More is more & less is a bore“, began her fascination with jewellery at an early age, as she recalls in her documentary: “The first piece I ever bought was in Greenwich Village, I was about maybe 11, 12 years old. There was a little shop in a basement of one of those old fashioned kinds of tenement houses that had the fire escapes outside, and I’ll never forget that place because I thought it was an Aladdin’s cave. There was this little man. His name was Mr. Darris, and he was threadbare but elegant. He always wore spats and a monocle. I always tell everybody he treated me like a mini duchess.” Apfel continuously borrows her sense of style to some of the most daring brands in the market, in the recent years she added under her belt a collaboration with Swarovski, Istanbul based luxury glassware brand Nude and if that’s not all Iris is ‘driven by style’ as the face of a new car by British automaker DS Automobiles.

Throughout the decades, Apfel, now 98, has remained without any exception true to herself. Her outspokenness while head turning always brings a positive light on fashion trends and industry icons, thus offers for her as a fashion consultant are endless. Her frank approach and tireless attitude is perhaps what kept her as an interior designer at the White House with nine consecutive presidents and their first ladies. She has furnished and redecorated the White House from 1950 to 1992. Iris Apfel took part in several design restoration projects listing work at the White House for Truman, Eisenhower, Kennedy, Johnson, Nixon, Ford, Carter, Reagan, and even Bill and Hilary Clinton.

Iris who is still unstoppable when reflecting on her passion for work added: “I have done many things in my life and throughout, I have always tried to live without fear of judgement. Otherwise, you miss out on all the fun! Feel empowered to be a little more lighthearted and playful… I know I will continue to do so!”

Keep up with Iris along with more than 1.4 million fans on her official Instagram @iris.apfel 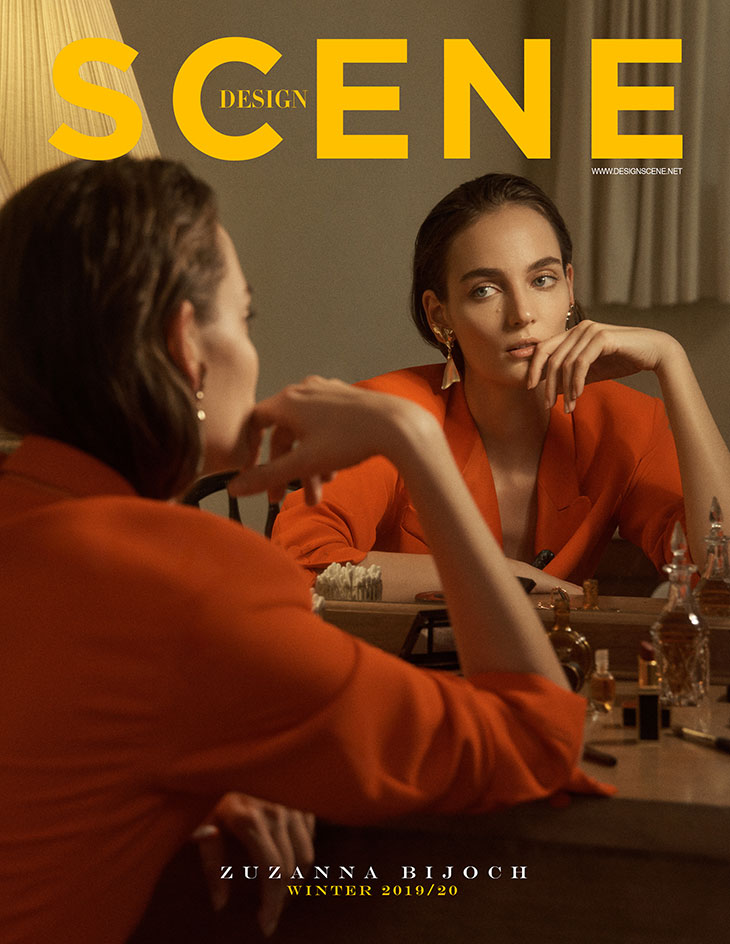