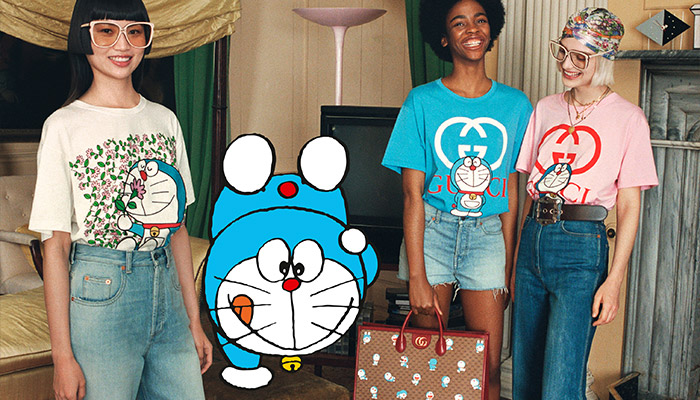 Fashion photographer Angelo Pennetta and art director Cristopher Simmonds team up for Gucci Lunar New Year campaign that explores everyday activities – from having breakfast and playing video games to partying in the garden. Doreamon, an imaginary friend, turns all those activities into joyful adventures.

“The Gucci 2021 Lunar New Year Collection has its own sustainable packaging, which comprises fully recyclable green bags and matching swing tickets referencing the 50th anniversary of the cartoon, all featuring Doraemon.

Furtherly under the spotlight, the Japanese manga character will take over selected store façades and street installations in different cities across Australia, China, Hong Kong, India, Japan, Malaysia, Singapore, Taiwan, Thailand and Vietnam. Doraemon will also be the star of two Gucci ArtWalls in Shanghai and Hong Kong, where he will pose over the GG motif, as in the collection.

Bespoke entertainment will be available on the Gucci App bringing Doraemon figure to life thanks to Augmented Reality. Scanning the Gucci ArtWalls and the dedicated packaging, users will discover a choreography by their favourite character.” – From Gucci. 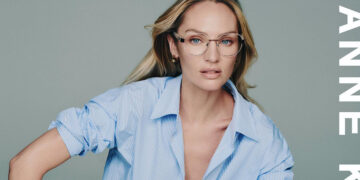