Red carpet fashion is thriving, with or without an actual carpet. This year’s Golden Globes saw the celebrities calling in from the comfort of their own homes, serving the night’s most talked-about looks.

See the best dressed celebrities at the virtual Golden Globes red carpet after the jump. Scroll on for the best looks of the night: 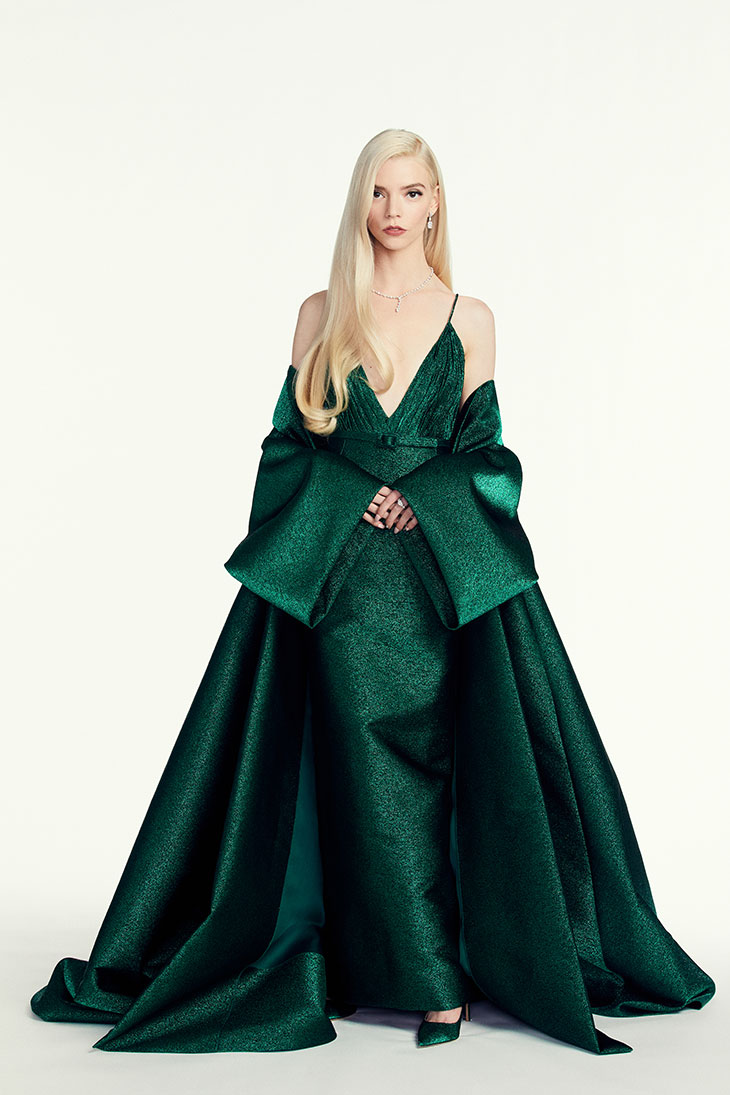 Anya Taylor-Joy has won her first Golden Globe award for best actress in a miniseries or television film for her role in The Queen’s Gambit. She wore a Dior Haute Couture green lurex dress and evening coat with Dior shoes.

Singer and actress Cynthia Erivo is always one to watch on red carpets. She wore Valentino Haute Couture look, straight off the spring-summer 2021 haute couture runway.

The “Ratched” actress, Sarah Paulson, wore a black off-the-shoulder Prada gown, with a custom sequined cast from the luxury label.

Elle Fanning, a nominee for Best Performance by an Actress in a Television Series – Musical or Comedy for The Great, wore a custom Gucci satin draped gown with embroidered crystal brooches.

Dan Levy was the first to “play dress up” in Maison Valentino’s new Men’s Haute Couture by Pierpaolo Piccioli.

Tina Fey wore a look from the Versace Flash 2021 Collection for the Golden Globes. The host chose a structured blazer dress with statement lapels for the opening of the awards ceremony.

Emma Corrin won her first major award at last night’s Golden Globes for her role as Princess Diana in the The Crown. The actress wore a dress from Miu Miu and Cartier jewelry.

The Undoing actress appeared virtually for the Golden Globes laying on a sofa, dressed in Louis Vuitton by Nicolas Ghesquiere.

The Crown star, Josh O’Connor was named Best Actor for TV series, Drama, for his role as Prince Charles in Netflix’s royal drama on the night. He wore a total look from Loewe by Jonathan Anderson.