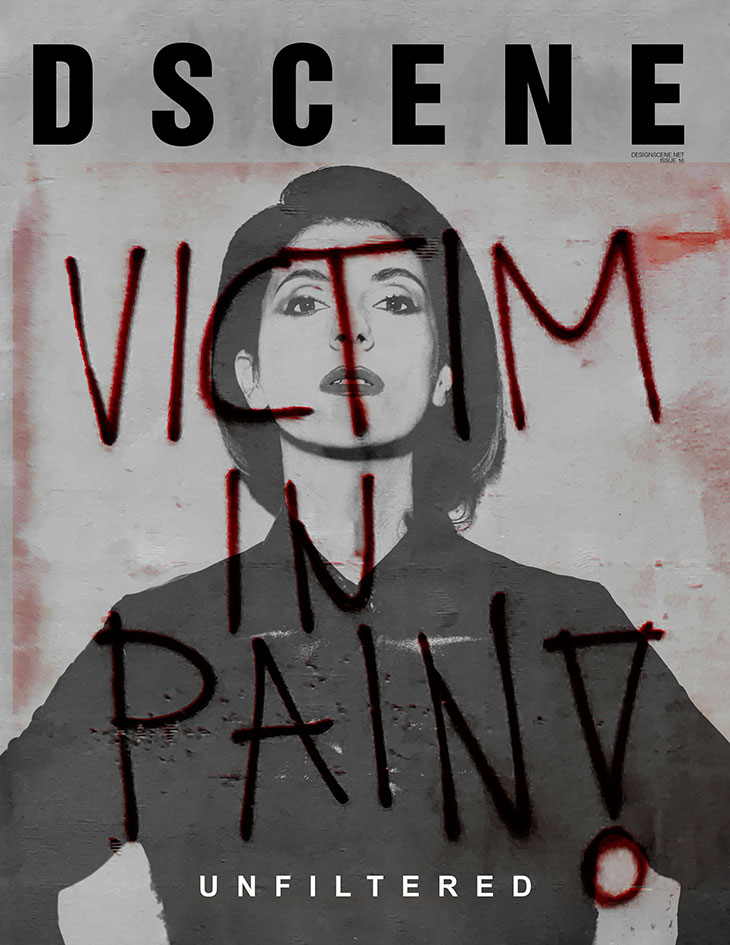 The Winter 2021.22 issue of DSCENE Magazine explores the idea of living in an “UNFILTERED” world. We are excited to present a third digital cover of the upcoming issue made in collaboration with artist SEJLA KAMERIC, captured by photographer IGOR CVORO. In charge of styling was DSCENE Fashion Director KATARINA DJORIC, with beauty from Makeup Artist MARKO NIKOLIC using Loreal Paris.

For the digital cover, Sejla is wearing a total look from BOSS at Movem Fashion.

Sejla’s work on the DSCENE cover uses one of the graffiti created on the “Balkan route,” written by migrants, refugees, and people on the move who are fighting to get to the places where they’ll feel safe.

Their pleas stay hidden because we are too busy staring at marketing messages and texts that only deal with deceit. I try to wrap those true cries in a way that they’ll resonate and reach the audience. Using artistic—and marketing—methods, I want them to become visible or at least a bit more visible. Text is a powerful tool; it can change the viewers’ perception.
– says Sejla in an exclusive interview for DSCENE Magazine.