Before immersing himself in the secret of his “digital darkroom”, Tamir Sher allows himself to be transported on the wings of inspiration that he derives from photographing reality and its visual clichés. Choosing familiar, themes and locations, he manipulates them, folds them according to his personal perception, to compose pieces where the world, environment and the people that inhabit it often seem estranged. 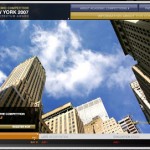 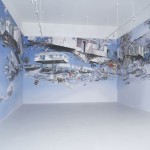