Designer: Karl Lagerfeld
Cinema: Lagerfeld Confidentiel
Director: Rodolphe Marconi
Magazine outtake: Nylon November 2007, the America Issue
From his fondness for Chrome Hearts jewelry to his affection for Devendra Benhart and the Fiery Furnaces, Karl Lagerfeld is a study in paradoxes, not to mention everything au courant: first, there are the frothy, festooned dresses he designs for Chanel; then the austere photography books he authors and publishes under his own Steidl label, 7L; and the one-off projects, such as his 2004 collaboration with H&M;, all of which compirse an almost Herculean workload for a man who prior to his radical 90-odd-pound weight loss almost a decade ago, was known as much for his Chanel and Dior creations as he was for a habit of fluttering a delicate antique fan at his neck. It's all ample fodder for a documentary film, and in Lagerfeld Confidential, French filmmaker Rodolphe Marconi deftly investigates the German-born designer's many contradictions. And he does so by following the man himself, a two-year-long project in which Marconi captured the designer doing it all, from his quiet, puttering domestic moments to the klieg-lit engagements with Nicole Kidman. The result proffers a well rounded glimpse into the life of a man who, despite his tacit approval of the fliming, is, of course, an image expert, and therfore always seems just one step ahead of his director.
By Sarah Haight for Nylon magazine There is an official MySpace page dedicated to this whole Lagerfeld documentary , we knew about it for a while but forgot to post so HERE it is , with this lovely article from latest issue of Nylon magazine. While you are there you can check out some videos from the film. 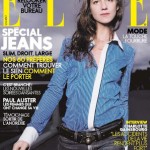 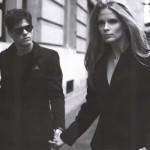