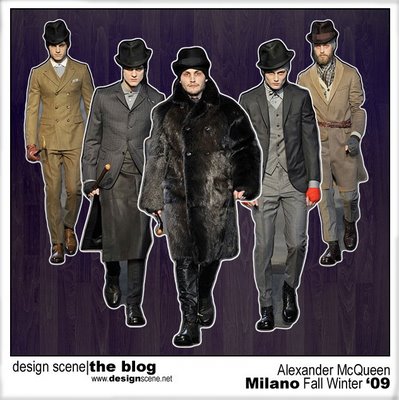 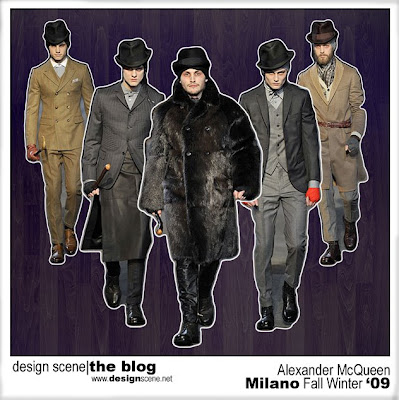 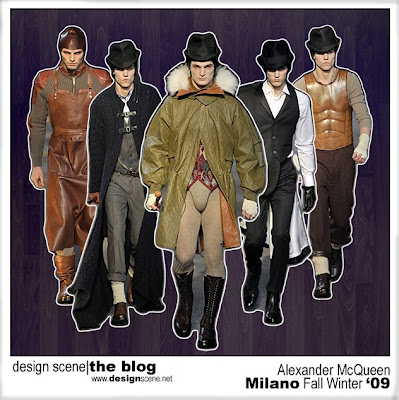 Collection: Alexander McQueen Menswear
Season: Fall Winter 2009.10.
Designer: Alexander McQueen
Website: www.alexandermcqueen.com
“The McQueensberry Rules,” is the name the designer gave to the show, and with no doubt it was a real McQueen show, the name comes from a certain british boxing legend, who was known for fair boxing rules. While watching the show the words popping up in my head were: Johnny Depp – Superheroes – Sherlock Holmes. If they ever make a Sherlock Holmes movie and cast Johnny Depp for it, please somebody tell them to call McQueen, and he can just borrow his McQueensberry Rules, it would be more than enough. Besides the obvious show factor, McQueen presented on the runway, the collection itself looked right for the season, with something in it for every buyer, from accessories to warm coats, we could not even get to the amazing details present in few minutes on the runway. Click bellow to view the full video of the show: