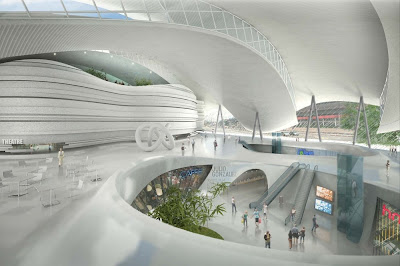 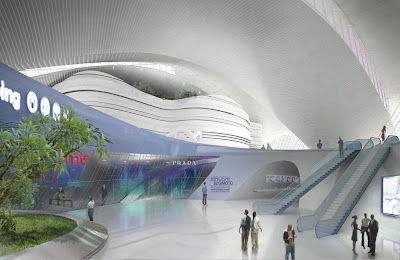 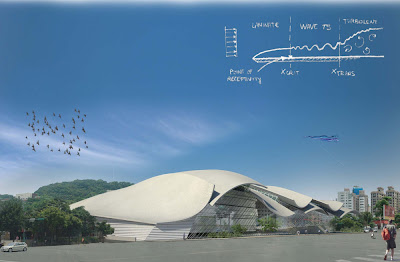 The project was designed for Taipei Performing Arts Centre Competition, offered by the Department of Cultural Affairs in Taiwan,Taipei has lacked an international standard performance space which would be a necessity in their efforts to establish Taipei as a capital of culture. The Manfredi Nicoletti project is titled the “Kite of Sound Roof”, this glass & steel lightly covered builiding was ment to symbolize a big sound vibration, a Kite of Sound, dragged by the wind. The project did not win the competition, instead OMA design was selected for the construction of the theater complex.