TV Show: Make Me A Supermodel
Photography by Perou
Website: www.bravotv.com
For the first episode in the new seasons of “Make Me A Supermode” the models took part in a shoot, wearing only sleepwear outside in a suspended Plexiglass box, photographer in charge was the new judge on the panel, Perou. In the 2nd episode which aired this week personalities are already started to clash as a few contestants show their disrespectful colors early on. It start getting intense when the models attend a hair consultation with Bravo hair-guru Tabatha Coffey, where she decides whose locks will be chopped and whose will be spared. Later, the models get down and….sticky as they are transformed into sweet candy treats for their photo assignment, bellow are some video previews of the new episode. Courtesy of Bravo. 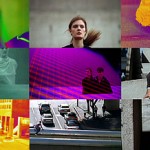