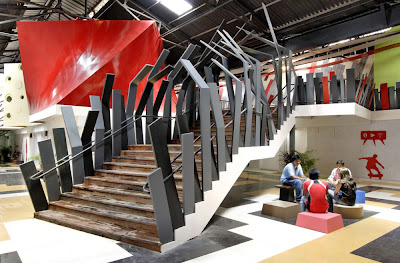 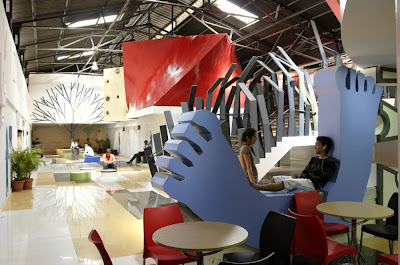 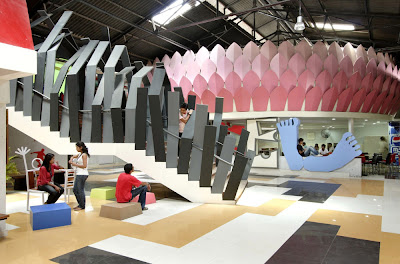 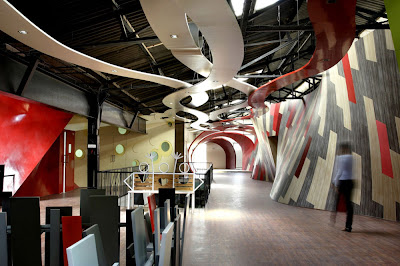 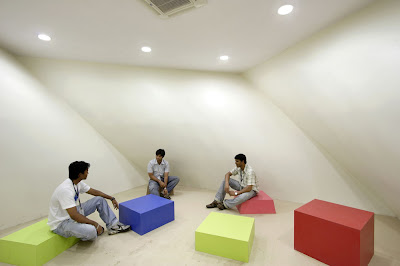 Planet 3 Studios Architecture were unanimously chosen by students and educators to design this 35,000 sq ft space. The story of the design began with the dilemma of a torn decision between demolishing or preserving the existing structure. In a meeting one of the educators keen on preservation scribbled the building out of a photograph with a marker. As the case continued and the decision eventually led to the preservation, the photo was saved as a memento and became the inspiration for Vidyalankar’s unique facade.
The result of this incidental moment is a daring and extremely functional facade which provides just that, a new face for Vidyalankar that will elevate the educational facility and ensure a worldwide profile. Appearing almost as though a tiger has ravaged the exterior, a semi-enclosure is created where students can work, rest or play in the shade, the enclosure also functioning to cool the building. Part-mirrored on the outside, the building reflects its surroundings and in turn absorbs the rest of the campus to become its centre. – from World Architecture News
Read the rest HERE at the SOURCE.