Oz The Great and Powerful
Starring: James Franco, Mila Kunis, Rachel Weisz, Michelle Williams, and Zach Braff
Directed by Sam Raimi (Spider-Man trilogy).
Disney has just released the first trailer for "Oz The Great and Powerful" arriving in cinemas in March 2013. in an expected twist the new film follows the journey of a small town magician who is taken into the magical land of Oz by a tornado. 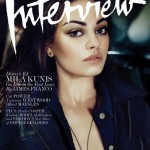 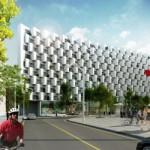