After our initial teaser PRADA has now release in full their latest short film directed by the legendary Wes Anderson. Jason Schwartzman is charge of this dynamic charged short film, now part of Anderson's classics such as The Royal Tenenbaums, The Darjeeling Limited and Moonrise Kingdom.

Discover the story in the video above. 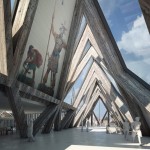 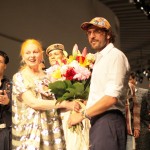