Adam Driver, GIRLS leading male actor has found his stardom in the latest Star Wars adaptation, yet he is coming back with INTERVIEW Magazine cover and the last season Lena Dunham’s comedy/drama scheduled for February.

“I definitely let it get to me if it doesn’t go well. But what I like about your sets is that we get so many chances to do it again and again. I love the idea of doing a lot of takes because there’s so many different ways that you can play scenes. And we have clear boundaries, where the script is the script, you know? Since I came from a theater background, that made so much sense to me; that you thought a lot about these words and they’re very important. I mean, you don’t say this, but these are the words. These are the boundaries that you can play in. And the meaning of them is infinite. So I feel less anxious I guess when I leave your sets. But oftentimes I leave a set and there are so many different ways to have played a scene that I think of later, when I’m more relaxed and not distracted. I go through a mourning period, like, “Oh, God, we’ll never get to go back and do it again.” – Adam Driver in talk with Noah Baumbach

Discover more of the striking shoot by Steven Klein after the jump: 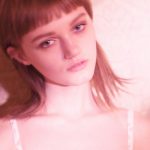 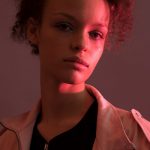