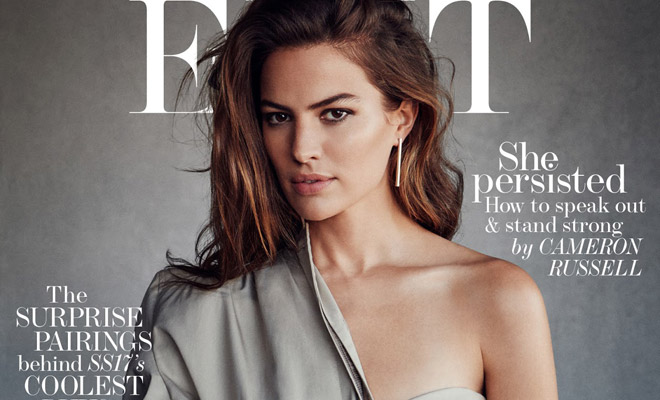 “A lot of young people are saying, ‘I follow you on Instagram, you’re getting me into activism, you’re getting me into politics,’ and that’s great, I want to be a role model in that way and I’m privileged to have that voice, so let me use it as responsibly as I can. But another part of me is thinking, ‘[I really] shouldn’t be on this cover, we need to see other people.’ I’m in a shift, moving from political to activist and I don’t know where I’m going to land.
I’m proud of the model community that’s emerging. I think that we make really spectacular activists. Once you learn that something like only 20% of op-eds are written by women, and that roughly 80% of talk-show guests are men, or that 30% of creative directors are women, you realize that women are really excluded in media. But in social media they are not excluded, because models are major operators on those platforms. When you start to think about the social-media environment as being a media creator, you realize that you are a woman in media, you’re not ‘just’ a model. We are not clothes hangers.”