Guardians of the Galaxy Volume 2 has everything going for it. A cast with chemistry, some snappy irreverent humour, psychedelic CGI and a connection to a large connecting marvel universe but it feels empty despite being packed to the brim with subplots a plenty. Volume 2 takes what you liked about the first film and just does more of it…nothing new just more. Unlike the first film this is more of a stand alone experience for the cast and doesn’t set up the next marvel film. The major theme to the Vol. 2 is family…dysfunctional family to be precise. The looming question from the first volume was who is Quill’s father? This is addressed pretty quickly and randomly in the first act. There’s a warm and fuzzy family reunion between Ego (Kurt Russell) and Quill where we learn why he was abandoned and why he was able to hold an infinity stone in the last film without dying. The warm reunion doesn’t last long, but there are other family squabbles on the menu to keep you occupied. The permanently grumpy Gamora is feuding with her sister, Nebula (Karen Gillan), and Rocket is forced to work with Yondu (Michael Rooker) and come to terms with his deep rooted insecurities which carry heavy familial overtones. The films serves to smooth out the drama between its cast of characters but splitting them up to explore their character arcs made the film feel bloated.

Vol. 2 didn’t need some of its villains; most notably High Priestess Ayesha. While visually impressive and somewhat comical, her character is never more than a plot device to introduce Nebula and Ego. Will we see her again? Maybe. Do we need to? No. Moving into the third act “Guardians” gets bigger and louder, but no more meaningful. While some Marvel films like “Logan” are exploring more adult themes; Guardians is an experience designed for children. There’s no complexity to any of the emotional arcs between the characters. The emotional revelations the characters are having feel basic. Guardians is a more kid friendly experience and doesn’t need to compete with R rated films but it does sell itself short without some maturity. The cast come across like adult babies with guns and you’ll either love that or hate it. I am very curious how these characters will fit tonally with the Avengers in the next Avengers film. I suspect they grow up very quickly. What Guardians of the Galaxy does have in spades is charm and chemistry. It might be resting on its laurels but the actors combined chemistry is really what sells this film. The characters are likeable easy to relate to and cute. You root for them and that’s why this film isn’t a flop. I didn’t love Vol. 2 but I still want to see more of these characters and I hope Vol. 3 breathes new life into the budding franchise. 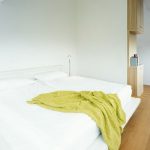 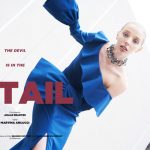