Just as the fashion industry is slowly moving on from the mesmerizing effect of the sportswear’s comeback initially sparked by the likes of Balenciaga, Vetements, Off-White and Gosha Rubchinskiy as well as Versace to name a few, the bug is wearing off on the shoppers as well. If it is to judge the mid-weeks market movements in New York, shares of massive sportswear giants are losing their pace. While fashion week runways in Paris and Milan are the only focus of fashion press, the idea of bringing back sportswear has scored massive profits for the mass-market oriented fashion businesses in the spectrum.

At the same time the trend of embracing tights, yoga pants and sweatpants as daytime options in both men’s and women’s collections is subsiding on the stock markets. However the part still gaining in the athleisure category, such as sorority clothing and t-shirts is still holding strong. Thus brands such as Gucci and Christian Dior are both still benefiting from the t-shirt demand. A t-shirt from a premium brand such as Gucci can easily cost you around 500 USD, in addition the brand monetizing on the manic demand for Alessandro Michele’s designs has even introduced various capsule collections. Such is Gucci’s collaboration with Spanish graphite artist Coco Capitain, who in addition to t-shirts is also leaving her signature over belt-bags, hoodies and sweatshirts. Elsewhere on the market, mainstream retailers such as Dick’s Sporting Goods showed weak data only bringing up the slow burn out o of the athleisure wear trend.  DKS shares crashed mid week over 17% following the press release declaring sports retailer’s low second quarter earnings. These alarming quarter results are a strong suggestion to the fashion industry the obsession with sportswear is to face rapidly slowing demand. This trend while headlined by the premium brands was masterfully used by the long-time manufactures of the same, such as Dick’s Sporting Goods and it’s key brands Nike, Under Armour and LULULemon.

The 2nd quarter DKS has showcaed earnings per share of 0.96 USD – the initial estimate was predicting results over 1 USD. While the revenue was over 2 billion American dollars and meeting the expected reports, the same store sales are showing much lower results. Premium and luxury brands who have as well  experienced manic demand for their athleisure taken pieces are as well getting ready for a u-turn. Louis Vuittion has seen massive demand for it’s Supreme x Louis Vuittion collection, with fans burning over 70,000 USD just for YouTube unboxings. However there are no signs of any future collaborations with the hyped-up monogram label. Earlier this summer, the planned pop up shops for the Supreme x Louis Vuitton collections were canceled, shortly after the opening of the first pop up store in Sydney. Meanwhile in NYC, the sportswear taken DKNY has apparently finally finished it’s transition, lowering it’s price quotes and removing itself from the Fall Ready to wear runways. The brand has presented last week the Fall collection on it’s online store along with a new campaign starring supermodel Emily Ratajkowski, with prices showing in a lower bracket closer to the ones of high-street retailers such as ZARA and H&M. The transformation is taking effect after the departure of designers Maxwell Osborne and Dao-Yi Chow in early 2017 from the position of creative directors of the label. Following their departure DKNY‘s Chief Executive Caroline Brown also left the company. The shift is also the result of LVMH Moët Hennessy Louis Vuitton decision to sell the brand to G-III Apparel Group. The placement of the Fall Winter 2017 collection, is a just the final chapter of the transit into high-street following the moment Donna Karan herself left her own company. Mr. Osborne and Mr. Chow are now exclusively focused on their own label, Public School. While Ms Ratajkowski is swayed, swooned and chased by a horde of male top models throughout NYC for the new DKNY Fall shoot, all styled and dressed in Fall outfits, there’s no return of the menswear in sight for the NYC label this season. The brand is still focused solely on the womenswear collection, thus the presence of male models in the eye-catching campaign shoot is even more confusing. Judging by G-III‘s rouster of brands, the domination of mass market is always the goal. Therefore a return of DKNY menswear in an affordable form would come as a no surprise. Meanwhile, the handsome male models are only  there as Emily Ratajkowski’s accessories. It also seems highly unlikely G-III will show interest in furthering sample placement of the brand in fashion glossies, or engaging the New York Fashion Week runway schedule. 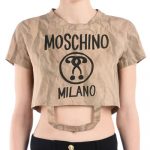 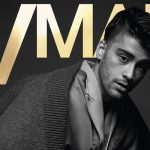