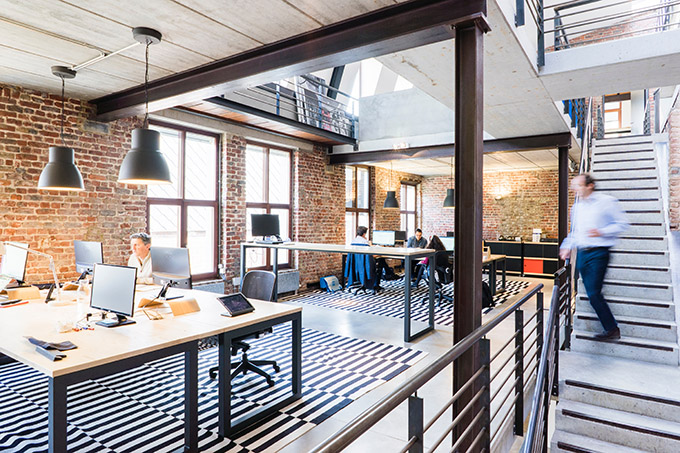 People often report that they work or study better, in some spaces, rather than others. They also report similar findings when it comes to office spaces, teamwork, and collaboration.

Traditional offices and workplaces have been designed in a very uniform and cost-effective manner. This makes sense when the budget is tight, but what about the corporate giants – are they getting it right? 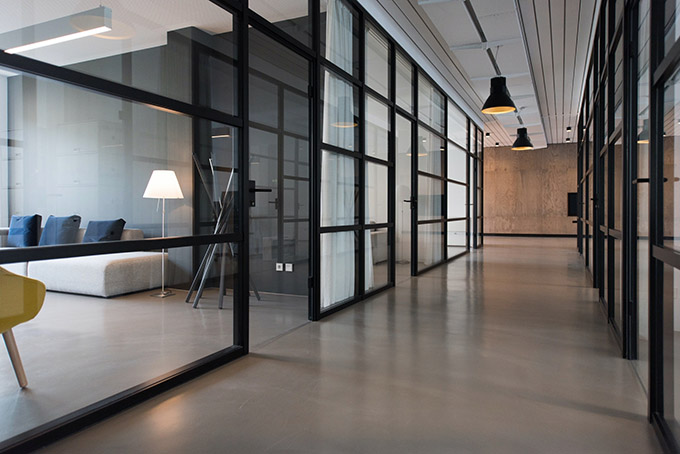 Let’s not forget either, that the biggest cost and the biggest asset of the majority of companies, is its people. According to the World Green Building Council, a typical business’s expenses is made up of: 1% energy costs, 9% office lease and 90% staff related costs – primarily wages and recruitment. So it’s a valid argument to say that saving money on space and design is a classic ‘false economy’.

The uniform layout is never going to suit the needs of every employee. We are all human beings, but we are very different in terms of our culture, motivations and personalities. Outside of the office, we choose spaces that make us feel comfortable and often reflect our personality. Personality tests are not uncommon when joining a new company, but they rarely seem to influence the office design. The best teams often consist of a broad mix of personality-types – but they all work in the same setting or office space.

Entering the age of innovation or the quaternary age relies on innovation and creativity. Common mistakes in office design include adding too much colour, too many open spaces and too many fine details to offices. These offices with lots of different stimulation are overwhelming for introverts who find ‘sensory gating’ challenging.

The other design mistake is cramming as many people as possible into small spaces. Again this is overstimulating for introverts. 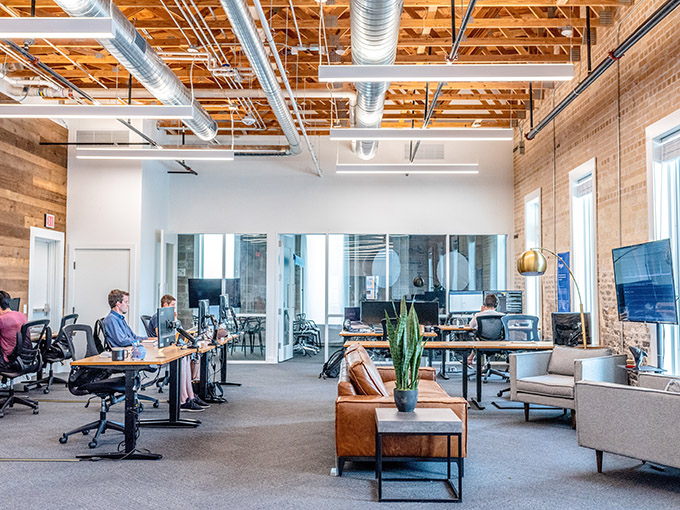 Creativity involves collaboration but also phases of solitude to take ideas, run with them and develop them individually. Many people state that they have their best ideas whilst walking on their own, in the shower or bed. It was whilst he was on a walk that Tesla thought of the brushless AC motor.

Pioneering UK business Moneypenny opened their new office in 2017 and made the most of the beautiful local area by providing a nature trail to the rear. The area boasts its own pond, an array of stunning trees including oaks & willows and even a resident family of ducks. The area provides the ideal setting for idea generation or even walking-meetings. The office also includes lots of different areas for group meetings and more isolated areas when employees are looking for a bit of quiet and perhaps isolation:

It may also be necessary, or at least optimal, to provide people with different spaces for different tasks. Whilst many data scientists, for example, maybe introverted and prefer more isolated areas to do their work, at times they will also need time to talk and to reflect and use other people to validate and give feedback on ideas and problems.

The Polyvagal Theory suggests that social connection is vital for ‘dorsal vagus nerve’ stimulation, is vital for healthy digestion and immune function. So even for introverted workers, a mix of areas would appear to be the best idea for employee wellbeing and productivity. 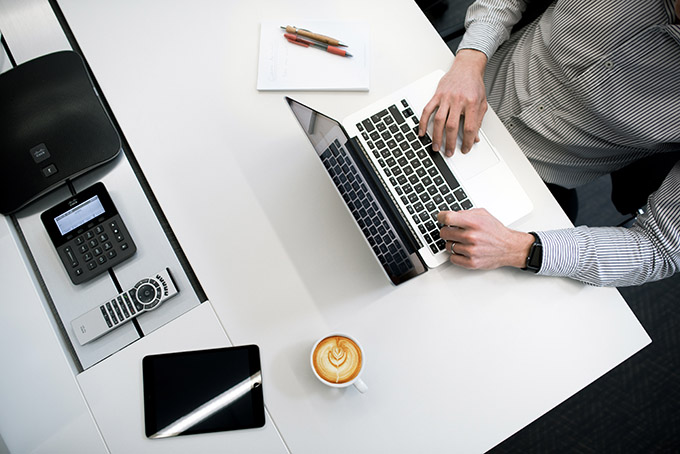 How Architectural Design Affects the Brain

The impact that interior design can have on the human brain is nothing short of astounding. Specific Police Department in the U.S. has trailed pink holding cells for those individuals accused of crimes, eventually showing that they calmed people down and helped them to relax. If you are in a space with a high ceiling – an individual’s ability to think conceptually & creatively improves, whilst low ceilings have been shown to improve focus and mathematical ability.

Many interior designers used to think that cubicles were horrible for employees, now they know that they are! Thanks to a range of scientific studies the detrimental impact on wellbeing is no longer questionable. For example, a study led by Casey Lindberg of the University of Arizona showed that employees who were sat within cubicle workstations experienced higher levels of perceived and physiological stress as measured by heart rate variability. Other studies indicate that cubicles produce low performance and poor levels of overall wellbeing for people of all personality types.

Architects and interior designers are now also beginning to bear in mind that for 99% of our time on the planet, human beings lived outdoors. Coined as “Biophilic Design”, research has shown that just having a single tree within sight of an employee, will generally improve cognitive performance. For some companies, this has meant that new office buildings are now being built in rural settings, rather than traditional city-centres. Other organisations such as Amazon, created a mix of both with its glass domes filled with thousands of plants. The company’s headquarters is based in Downtown Seattle is said to make employees healthier, happier and more productive. The office would be much presentable when there’s a wide monitor with some curved options for a great presentation whenever there are important projects to report with the team.

For the majority of office employees, gone are the days of uniform, lifeless cubicles that do not encourage any form of collaboration or even physical activity. As the science catches up with the flair of interior design, it is likely that more and more companies will be investing in biophilic designs that cater for all personality types and mind-sets.