Feathered polar bears, wild wolves, cuddly cats, and a rabbit with extremely long ears, this spring the Kunsthal Rotterdam is inviting its visitors to enter the realm of animal art. One of the leading cultural institutes of the Netherlands, Kunsthal, is hosting the exhibition dedicated to extraordinary animal creations named “We Are Animals”.

This provocative selection will feature the works by over thirty contemporary artists, including Maurizio Cattelan, Candida Höfer, Paul McCarthy, John Baldessari and David Shrigley. Showing the relationship between human beings and animals, the exhibition helps us understand ourselves better through animals. The works express edgy perspectives on how humans manipulate other animal species, but at the same time celebrate and appreciate animals for being the miraculous creatures that we can recognize so much of ourselves in. Working in different contexts and with different ends in mind, the artists are trying to address the viewers from an animal’s point of view, in an endless range of formal and symbolic ways.

Spanning a breadth of stylistic and conceptual approaches, the paintings, sculptures, videos and photographs on view explore various connections between humans and animals as played out in the Western society’s consumption patterns, storytelling and outlooks on nature views. At the same time, the works are a tribute to the amazing animals, urging us to consider their future under human domination.

Several works featured in the exhibition explore our close relationship with pets and their seductive cuteness. Martin Eder’s greatly enlarged, sugary paintings of internet cats almost transform the adorable into the monstrous, while the video compilation by Cory Arcangel features cats parading across piano keys, resulting in a cacophony of sound.

The installation by Maurizio Cattelan shows a rabbit with incredibly elongated ears by which it hangs from the ceiling. Slightly reminiscent of the Easter bunny, this work makes us aware of the imbalance of power between humans and animals. Common associations such as gentleness, innocence, and youth are turned upside down and called into question by rabbit’s absurd and somewhat disturbing presence.

A work by British artist David Shrigley, which shows a dead stuffed kitten that stays on its hind legs carrying a hand-lettered protest sign that read, “I’m dead”, offers us a morbid and humorous confrontation with death, highlighting the surreal absurdity of stuffing animals to make them seem alive. He gives animals a voice, often with an ironic undertone. Especially for the exhibition “We Are Animals”, he has created a new series of his cartoonlike animals, including a bright blue cock that snaps “Go to hell” at us.

For as long as we can remember, people have been using animals in myths, fables and fairy tales, in religious writings and in cartoons. By giving them human traits and speech, we are making animals metaphors for strength and wisdom, sexuality and death, or beauty and fragility – such as the sly fox, the stubborn donkey, the wise owl. The artists have re-examined that symbolic tales in their own manner. John Baldessari, for instance, has made a life-sized white camel to interpret the Biblical story of the rich man who has less chance of getting into Heaven than a camel has of passing through the eye of a needle.

Among the highlights of the exhibition are also Paola Pivi’s feathered polar bears. The colourful animals are engaged in human activities such as yoga, dancing, or just hanging around with each other. She challenges our usual views on the Arctic predator and invites us to think along with her. Polar bear has become a popular symbol of a changing world, and by replacing their fur with feathers, Pivi points to a fragile and uncertain future.

The dream of authentic encounters with wild animals in an unspoilt nature lives in most people. Artist Mark Dion brings a part of it to the Kunsthal with his famous artworks “Mobile Wilderness Unit”. The piece is composed of a stuffed wolf, standing on an open trailer decorated with twigs and grass, as a representation of animal’s natural habitat.

German photographer Candida Höfer has captured captured the strangeness of zoos by entwining a sense of captivity and escapism. Her objective approach points out how odd these environments are both for the animals and the audience.

In an extraordinary, life-sized video installation, artist Douglas Gordon enables the spectator to come closer than ever before to an impressive elephant. Gordon has arranged for a circus elephant to be transported to a gallery, where he filmed it obeying a series of commands. The elephant is subject to greater forces, beyond its control.

The exhibition will be opened on Thursday evening 4 February during Art Rotterdam week. ‘We Are Animals’ is realised in collaboration with ARKEN Museum of Modern Art, Denmark.\ 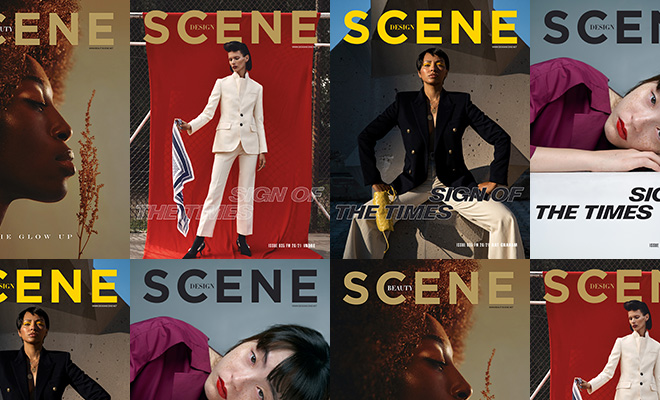