The Met Gala is finally back! Typically held on the first Monday in May, this year’s event was postponed due to COVID-19 and fell right after the New York Fashion Week. A celebration of the Costume Institute’s newest exhibition, “In America: A Lexicon of Fashion”, this year’s red carpet embodied the theme of American style.

Co-chairs this year included Billie Eilish, Timothée Chalamet, Naomi Osaka, and Amanda Gorman, but there was also an A-list collection of entertainers, athletes, designers, and celebrities who gave their best to answer the theme. 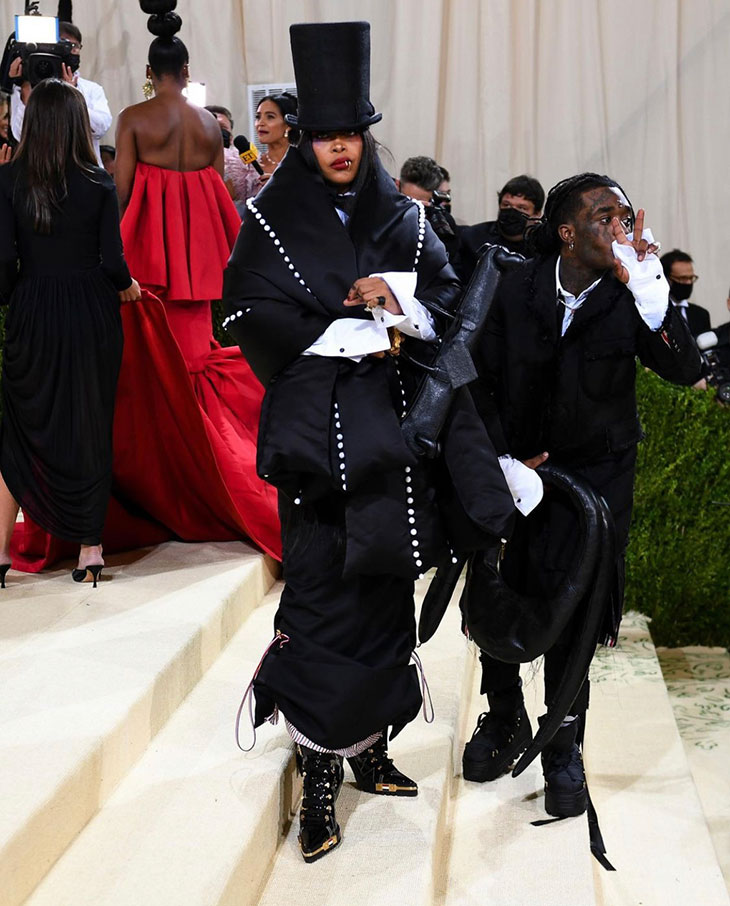 The king of the red carpet, Lil Nas X told a three-part LGBTQ+ American fairytale through his Versace looks. He arrived on the red carpet in a dramatic cape that exudes regality and represents concealing one’s true self. The cape was then shed to reveal gleaming Medusa-adorned armor, a symbol of protection. Finally, the armor was removed to reveal a skin-tight crystal bodysuit that represented living life as your true, unguarded self.

Grimes in Iris van Herpen custom look inspired by Frank Herbert’s fictional Dune universe. The look is made from silver liquid silicone that is hand-casted into a mirror finished laser-cut labyrinth. In November this custom creation will be auctioned with Sothebys and the proceeds will fully be donated to the Amazon Conservation Association and the Rainforest Trust .

Kim Kardashian and Demna Gvasalia are wearing a custom Balenciaga looks. Kim is wearing a Curve t-shirt under a T-shirt dress with an incorporated bodysuit, completed to jersey boots Pantaleggings, jersey gloves and face/head mask, while Demna  is wearing an oversized short sleeves t-shirt, boxy hoodie with baggy sweatpants.