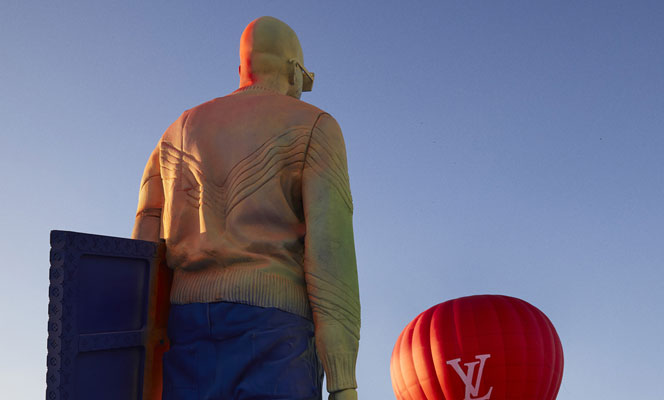 Louis Vuitton paid tribute to the life and legacy of its menswear Creative Director Virgil Abloh with a presentation of his final Spring-Summer 2022 collection in Miami on November 30th.

It is with profound sorrow that I learned of the passing of Virgil Abloh. Virgil was not only a friend, great collaborator, creative genius, visionary and disruptor, but also one of the best cultural communicators of our times. He paved the way for future generations. As a devoted supporter of his community through his charities and passions, he was an eternal optimist who believed anything was possible. In this same spirit, we at Louis Vuitton will proudly continue to celebrate his legacy with a final show in Miami, per his wishes. I am honored to have called him my friend. My deepest thoughts are with his wife, children, parents, family and the entire community that was touched by his greatness.
– Michael Burke, Louis Vuitton’s Chairman and CEO

Virgil’s death was announced this Sunday in a statement shared to his Instagram account – “For over two years, Virgil valiantly battled a rare, aggressive form of cancer, cardiac angiosarcoma. He chose to endure his battle privately since his diagnosis in 2019, undergoing numerous challenging treatments, all while helming several significant institutions that span fashion, art, and culture.