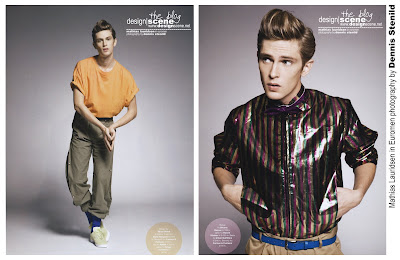 Model: Mathias Lauridsen
Magazine: Euromen
Photography by Dennis Stenild
Mathias Lauridsen (born January 13, 1984) is a top male supermodel from Copenhagen, Denmark and was featured in numerous ad campaigns including Jil Sander, Gucci, Hugo Boss, Lacoste and Hermès. His runway credentials include opening for Hermès, Belstaff, Jill Stuart and closing both for Valentino and John Galliano. He was discovered in 2003 and is currently signed with Ford Models in Paris, New York Model Management and Scoop in Copenhagen. He has appeared in editorials for L’Uomo Vogue, Vogue Paris, Numéro Homme, GQ and Details. He is currently ranked number 1 on models.com out of 50 other male models, and number 2 in the list of the most successful male models in the world, published by Forbes.