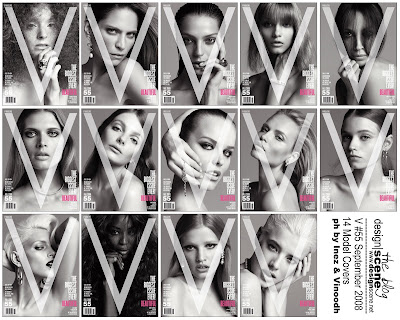 Magazine: V magazine
Issue: September 2008 – #55
14 model covers: Eniko Mihalik, Malgosia Bela, Anna Selezneva, Daria Werbowy, Frankie Rayder, Abbey Lee Kershaw, Sunniva Stordah, Christy Turlington, Agyness Deyn, Naomi Campbell, Lara Stone, Anja Rubik, Natasha Poly & Eva Herzigova
Photography by Inez Van Lamsweerde & Vinoodh Matadin
Website: www.vmagazine.com
V magazine is no stranger with multiple covers, most of the time they do them with photographers Inez Van Lamsweerde and Vinoodh Matadin, and for the fall issue, 14 covers have been shot, each with a different model. They did not leave us out of the SUPERMODELS we all love, 3 covers were taken by them, Naomi, Eva & Christy.
“Supermodels are our celebrities, so we’ve given the covers to a whole range of models,” said editor in chief and creative director Stephen Gan, who is also creative director of Harper’s Bazaar.
So who will get all 14 ?
225
SHARES
ShareTweetPinterest 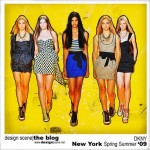 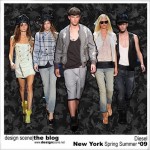