*Note: the statistics stated by Knightley and in the video are only UK based numbers.
75
SHARES
ShareTweetPinterest 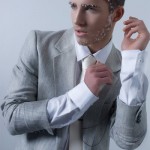