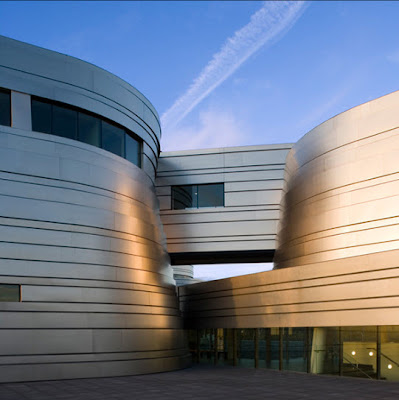 Project: Wayne Lyman Morse United States Courthouse
Designed by Morphosis
Location: 405 East 8th Avenue Eugene, Oregon, United States of America
Client: GSA Northwest Region 10Size:270,000 gross sq ft / 25,083 gross sq m
Program: Six federal courtrooms with judge’s chambers, support offices, lobby, jury assembly areas and cafeteria
Design: 1999 – 2004
Construction: 2004 – 2006
Type: Governmental
Website: www.morphosis.com
Today, the architecture of justice drifts away from symbolic iconography; courtrooms are routinely located in generic office towers indifferent to the gravity of the judicial process. The Wayne Lyman Morse United States Courthouse challenges this trend, expressing courtrooms as discrete objects steadfast against a dynamic field of forces, recalling the historic single-room courthouse in which the court’s raison d’être was made palpable by the architecture. The Morse Courthouse expresses the stature and sobriety of the traditional courthouse in a contemporary language that makes it relevant to the present. In the form and space of the building, the legibility of the distance between the new and its historic origin physically manifests the spectrum between strict and loose interpretation, a conceptual strategy that reinforces both the necessity of persistence and the openness and freedom afforded to law and architecture by interpretation. 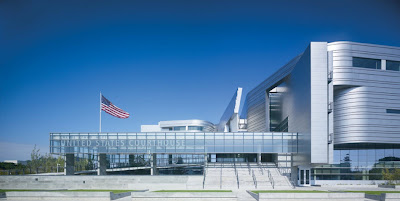 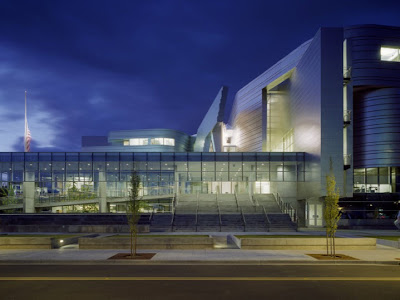 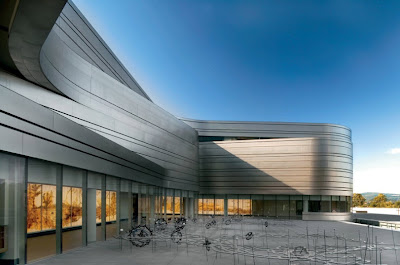 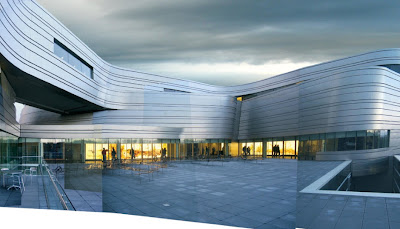 American courthouse architecture has moved away from the use of symbolic iconography to communicate the importance of the judicial process. Courtrooms are now routinely located in generic office towers — effectively repositioning the proceedings as business as usual — thus obscuring the gravity of the judicial process by excising the symbolism inherent in the traditional courtroom. The Eugene Federal Courthouse seeks to challenge this trend by expressing the courtrooms as discrete object buildings — a reference back to an earlier single room courthouse model. The building is composed of two distinct strata, the honorific and the quotidian. The iconic elements are the courtrooms themselves, located in articulated pavilions that float above an orthogonal two-story plinth that houses office and administrative spaces. Their forms refer to the fluid nature of the American Judicial System — a system that is designed to remain flexible by being continuously challenged and reinterpreted by the proceedings of the courts. The formal and structural organization of the plinth is mimetic of the Cartesian layout of the city, and thus represents the more static nature of Eugene’s urban fabric upon which the organic and independent shapes of the courthouses rest. 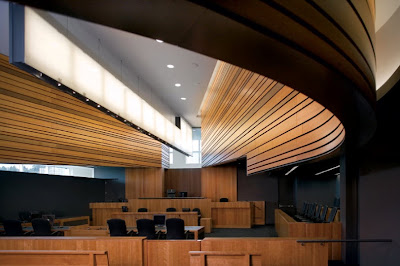 Ribbons of steel envelop the pavilions, articulating the movement sequence between the three courtroom clusters. The waiting areas and public corridors that connect the courtroom pavilions
provide views to the surrounding mountains and a perception of light and the passage of time. The entry occurs at the moment where the two systems collide, in a large open atrium, framed by the base’s strict grid and sculpted by the fluid forms above. 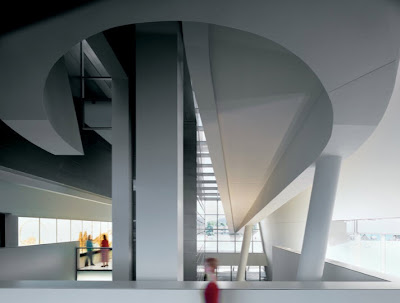 The shapes of the pavilions emanate from the autonomous courtrooms themselves, whose soft forms are constricted to direct the focus to the witness stand and judge’s bench. The jury boxes are partially recessed, isolated in an articulated space that refers to the juror’s role as both observer and participant. In the courtrooms, natural light is admitted through two thick-walled, large apertures above the judge’s bench. The effect is that of a freestanding building, a unique and dignified place in which the court’s raison d’être is architecturally legible.
Click HERE for more detaile information, videos and 3D models and Morphosis website.
*Source / Photo credit: Morphosis
90
SHARES
ShareTweetPinterest 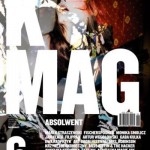 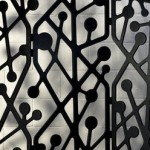