Magazine: Esquire UK
Published: October 2010
Cover Star: Mark Ronson
Photographer: Rick Guest
Website: www.esquire.co.uk
Mark Ronson photographed by Rick Guest for the next months issue of British Esquire, Marks recent appearance on magazine covers is due to the release of his follow up to the 2007 Version, Record Collection is set to hit the shelves September 27 2010. 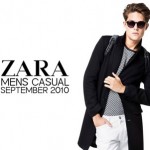