Actor Dane DeHaan a year later returns as the face of PRADA this time headlining the campaign on his own with a shoot by the legendary Annie Leibovitz.

Annie Leibovitz’s first collaboration with Prada is an intimate character study of actor, Dane DeHaan. Vivid turns in the cult film Chronicle, HBO drama In Treatment, Derek CianFrance’s The Place Beyond the Pines, John Hillcoat’s Lawless and beat-era drama Kill Your Darlings have marked DeHaan as the leading man to watch. DeHaan will next be seen portraying Harry Osborn in The Amazing Spider- Man 2. Against the backdrop of the celebrated portraitist’s studio, his presence is subtly captivating. – from PRADA

Dane has appeared for the first time as the face of PRADA in label's Spring Summer 2013 advertisement. In the coming days the house will premier a behind the scenes video. For more of the label log on to PRADA.com Prada Spring Summer 2014 collection in a splendid way is matching the impressive show-space (featured few days ago) prepared for the Milano Fashion Week show. The multitude of warm summer nuances, combined into original prints reshapes the collection's classic sentiment. Prints while often in a season appropriate floral, in a unique manner showcase their graphic nature. Allowing the pieces to gain their own identity. After all, giving you exactly what you expect from a new Prada collection. It was a joy selecting right of the runway a slew of coveted pieces, at the same time you could predict the new trend shapers. – from our PRADA SS14 review. 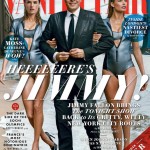 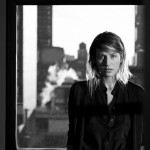