Fondazione Prada presents the exhibition William N. Copley from 20 October 2016 to 8 January 2017 in Milan. The exhibition is organized in collaboration with the Menil Collection, Houston, and curated by  Germano Celant. Showcasing the entire career of the American artist – started in Los Angeles in the 1940s, developed in Paris and subsequently spanned across Europe and the United States, the exhibition includes over 150 works realized from 1948 to 1995, as well as  never-before-seen materials.

William N. Copley (1919–1996) embodied the figure of the eclectic, self-taught artist, as well as tireless cultural promoter through his work as a journalist, publisher, gallery owner and art collector. Influenced by Surrealism, American folk culture and cartoons, Copley employed humor and intelligence to explore themes that became recurrent in his production, including pornography, patriotism and the unexpected potential of everyday objects. – from Fondazione Prada 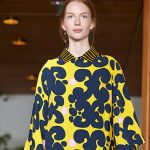 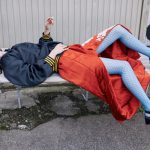