“I do think that England and America are so closely affiliated that it’s not terribly surprising there’s this parallel phenomenon occurring between our two countries. The Brexit and Trump phenomena are informed by similar forces and social and economic movements. I think it’s been really stressful; it’s been really scary. I think we’re in a fever state and we’re all really anxious about how we’ve gotten here and why we’ve gotten here.” – Claire Danes on Brexit and Trump.

The sixth season of Homeland starts on January 15th. 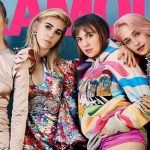 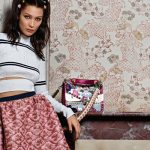