The most powerful fashion brands have logos which talk for themselves. Visual communication is vital to brands and they exploit them to the fullest. Most of the powerful logos are simple, friendly and yet impressively expressive. They send a clear message that everyone understands and that stands for itself. The Nike logo history is simple and is free from the multitude of adjustments we regularly see. However, it contains some key moments which are written in the global branding history.

Nike is famous for manufacturing athletic shoes, sports equipment and apparel. It was founded in 1964 as Blue Ribbon Sports, a distributor of Onitsuka Tiger shoes. The brand opened its first store in 1966. Five years later, the company began to make its own shoes. Nike managed to earn 50% market share of the United States shoe industry. How did they manage?

Carolyn Davidson, a Portland State University student designed the first Nike logo. The Nike logo history began with the check mark we know today as the Nike Swoosh. The symbol represents continuous movement and energy. Its particularity is the well-known rounded-shaped corner.

Nike’s original logo included the brand’s name in a cursive font on top of the Swoosh. The font was changed seven years later into an all-caps font resembling Futura Bold. Nike surprised by placing its logo prominently on products, instead of keeping it on hidden labels. The brand’s target was comprised of amateur and professional athletes. The company decided even to develop side branding logos for Air Jordan or Tiger Woods products.

The red and white from the Nike logo symbolize energy and nobility. The Swoosh is usually red on a white background. However, you can also see it in black, white or orange. Apparel collections may feature unique versions of the logo which are developed independently for those products.

Nike’s logo was placed in a square in 1985. Ten years later, the logo stood for itself so well that the brand’s name was entirely removed. The company also began to sponsor events and show off the logo on banners and ads.

Nike is now among the top worldwide brands without a doubt. It even tops the best fashion brands, having over 44,000 employees and a $29.6 billion worth.

The Nike logo history has kept its peak throughout the years and is added independently to many apparel products.

Facts from the Nike Logo History

Carolyn Davidson took around 17 hours to complete the Nike logo. The designer wanted to create a logo that sent a similar message to the Adidas logo. She wanted an angle to create the feeling of motion but in the end, she chose one continuous line to reflect more energy.

The Swoosh was meant to also symbolize the movement of the wings of Greek goddess Nike.

Davidson was first rewarded with $35 for her logo. Later she received stock now worth of $643K. The designer is still pleased with her over 40-years-old work.

The first Nike add featured the logo, but no merchandise. The ad’s message was There is no finish line.

Just Do It slogan was inspired from the last words of convicted killer Gary Gilmore, let’s do it. The slogan first appeared in a 1980s ad featuring a marathon.

The first product to bare a Nike logo was a soccer cleat released, priced at $16.95. A little while later, in 1971, Nike released its branded football boot.

Nike Logo History in the Making: Versions in Use Now

There are four ways in which you can see the Nike logo on apparel. They differ by product and/or category.

The Success of Nike

The Nike logo history screams brand consistency and relevance. The logo that has been famous over 40 years now stands by itself and it’s recognized without the brand’s name. It looks elegant on apparel and impressive on sneakers. Customers already have expectations when they purchase Nike products and they know those will be fulfilled.

There success of Nike is indeed impressive. Its catalogue now has sports apparel collections for adults and children, sports accessories, and sneakers. Nike regularly releases collections from its extended brands such as Air Max, SkateBoarding, Nike Plus and The Jumpman (Air Jordan). Nike’s portfolio also includes Converse, a brand that the company acquired 15 years ago as an investment. The brand seems to keep the promise it made in its first ad, decades ago – there is no finish line. 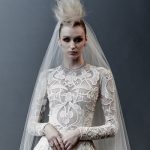 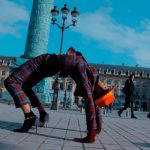