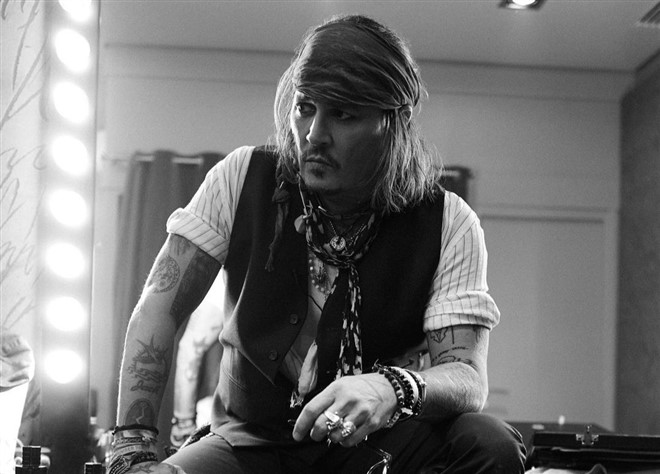 Is Johnny Depp Back as the Face of Dior Sauvage?

Is Johnny Depp Back as the Face of Dior Sauvage?

Actor Johnny Depp was rarely out of the spotlight this year, given the fact that the trial against his ex-wife Amber Heard regarding the domestic abuse allegations was broadcasted everywhere and was under the public eye every step of the way. Even though the first trial ended with Depp as a winner, there is obiviously a lot more to it as the allegations and new trials emerge. Through the trial process, Depp was seen numerous times sporting Dior pieces and looks, as he was the brand’s face for their famous Dior Sauvage fragrance. Interestingly enough Dior did not publicly support the actor, as they stopped broadcasting the campaign for the fragrance on television and other media outlets, yet they didn’t end their ties with him. Given that the trial ended a few months ago, it seems that Dior stands besides Johnny Depp again.

Two days ago, Dior Beauty attented the Olympia Hall event where Johnny Depp joined famous guitarist Jeff Beck for a concert where they introduced a brand new album. Photographer Greg Williams captured the actor and musician backstage, which Dior Beauty posted on their official Instagram with description “Backstage at @olympiahall before the last show. Fearless yet human, just like Sauvage”. Does this mean that the actor is signing a new deal with the luxury fashion house? Reportedly the fragrance was selling out even more during the trial, maybe that’s the reasoning behind Dior’s re-hiring of the actor. Also, after his victory, Dior aired the original campaign on FOX in a prime time. Even though he was found not-guilty in the trial, the allegations and documents keep resurfacing, revealing a lot more about his behaviour towards his ex-wife. Guilty or not guilty, is this a good move for power fashion house, who is known for empowering women and their Unesco & Women at Dior program?

Sauvage brings me a lot of memories, a lot of shows. Things that you smelled growing up that if I smell it, it takes me right back and I see the person that used to wear it. It’s a sense memory, so a smell can make you travel. – Johnny Depp