Ad Campaign: YSL F/W 08.09
Model: Naomi Campbell
Photography by Inez and Vinoodh
Website: YSL.com
Beginning of September YSL distributed over half a million copies of its Manifesto to urbanites in Paris, New York, London, Milano, Tokyo and Hong Kong. The newspaper style publication, Manifesto was composed of images from the fall winter Yves Saint Laurent campaign featuring supermodel Naomi Campbell, shot by photographers Inez van Lamsweerde and Vinoodh Matadin. Manifesto is not just a printed look book of the campaign, it actually has an artwork quality put together in this promo magazine like item. First 5000 copies were given away with a tote bag designed by Stefano Pilati. A behind-the-scenes film of the shoot is exclusively on ysl.com together with the campaign images, you can view a sneak peak of it on the video bellow: 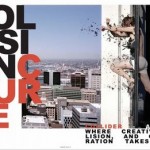 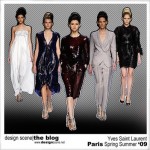