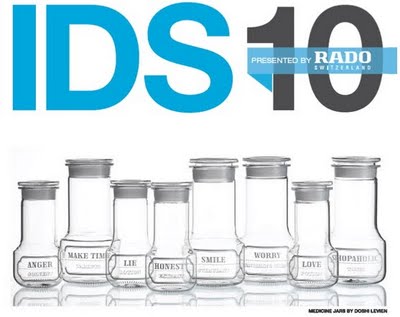 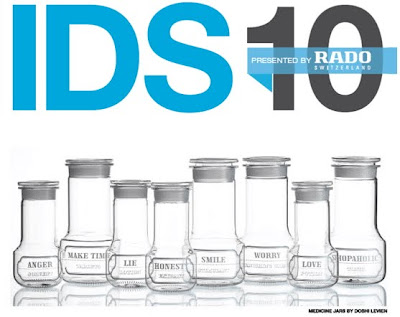 The Interior Design Show/IDS10
Website: www.interiordesignshow.com
The Interior Design Show/IDS10 welcomes the world to its stage with talks from top international designers. Presented by RADO and part of the new Toronto International Design Festival/TIDF taking place January 20 – 24 2010, IDS10 is sure to delight and inspire the more than 50,000 design professionals and consumers that will flock to the show again this year.

For 12 years, IDS10 has offered the finest, latest and most innovative in international and Canadian design products. With a cutting-edge line up of 300+ exhibitors and design features, this year's show runs January 21 – 24, 2010 at its NEW downtown location, the Metro Toronto Convention Centre. Continue for more info after the jump:

The Spaniard, The Prince, and The U.K. Design Dynamo
Award-winning Spanish artist/designer Jaime Hayón,acclaimed for his intramurals for Madrid's La Terraza del Casino restaurant and Camper footwear stores, is one of the highly anticipated guest speakers at the IDS10 Trade Day held on Friday, January 22. With his beginnings as head of the Design Department of Benetton's communication research center Fabrica, Hayón is currently reinventing the interiors for leading hotels, restaurants and retail establishments worldwide and acts as creative consultant for Spanish porcelain manufacturer Lladró. Hayón recently designed the 'Rencontres' collection for Baccarat; a collection of vases and lamps that reinterpret the firm's famous cut crystal by adding elements in ceramic and plastic. His most recent eye catching installation entitled "The Tournament" was the centerpiece of this year's London Design Festival that featured a larger than life ceramic chess set on a mosaic glass board located in Trafalgar Square.

Described as the "savior of American architecture" by Esquire magazine and one of "The 20 Essential Young Architects" by ICON magazine, New York based architect Joshua Prince-Ramus is considered to be one of the world's most influential young architects. Prince-Ramus was the founding partner of OMA New York (Office for Metropolitan Architecture New York) alongside Rem Koolhaas and served as its Principal until he renamed the firm REX in 2006. As President of REX and Principal in Charge of all projects, some of his current projects under construction include Museum Plaza, a 62-story art institute and mixed-use development in Louisville, Kentucky, and the Istanbul headquarters for Vakko, Turkey's pre-eminent fashion company as well as the recently completed Dee and Charles Wyly Theatre for the AT&T; Performing Arts Center in Dallas, Texas.

Antique Urban Homes Go Modern for Design Talks on Public Day
Ingrid Abramovitch, journalist and author of Restoring a House in the City, will offer tips and advice on renovating and decorating any older apartment or home at the IDS10 Design Talks on Public Day, Saturday, January 23. Abramovitch writes widely on design, architecture, and lifestyle for such publications as ELLE Décor, the New York Times, and Cookie Magazine. A former editor at Martha Stewart Living and features director at Condé Nast's House & Garden, Abramovitch will discuss the latest trends in restoring and stylishly renovating city townhouses and row homes. She will speak to the experience of an eclectic group that includes fashion designers, decorators, graphic artists, and actors.

Barbara Hulanicki talks all things design
Known as the founder of the iconic clothing store Biba, Barbara Hulanicki's long-standing career has seen her cover all aspects of design. She began as a freelance fashion illustrator for such magazines as Vogue, Tatler and Women's Wear Daily and later moved on to designing for such fashion houses as Fiorucci and Cacharel. Today, Hulanicki can be found in Miami where she runs a successful interior design business designing everything from hotels to wallpaper, clothing to furniture. Her most recent creation was the highly anticipated clothing collection for British retailer Topshop in the spring of 2009.

Is Luxury Dead?
A panel discussion that addresses the notion of premium experience presented by Ink, Audi and RADO will feature Toronto based high-end residential architect and interior designer Dee Dee Hannah, the dynamic restaurant duo and co-owners of one of Canada's most critically acclaimed fine dining restaurants, Ame, Michael and Guy Rubino as well as Karsten Ruwoldt, Director of Marketing and Product Management for the luxurious automaker AUDI Canada and Taryn Doobay, Brand Manager for the world class timepiece brand RADO. This discussion will be moderated by the country's pre-eminent voice on trends in the art of consumption – Globe and Mail Style columnist, Style editor of More magazine, host and producer of the groundbreaking television show The Goods and author of The Hip Guide to Toronto, Karen Von Hahn. 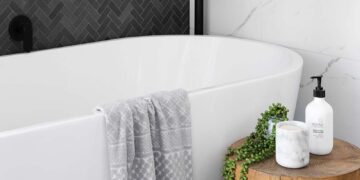 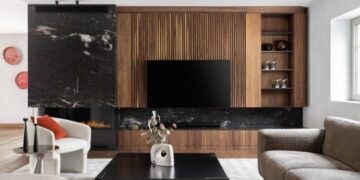 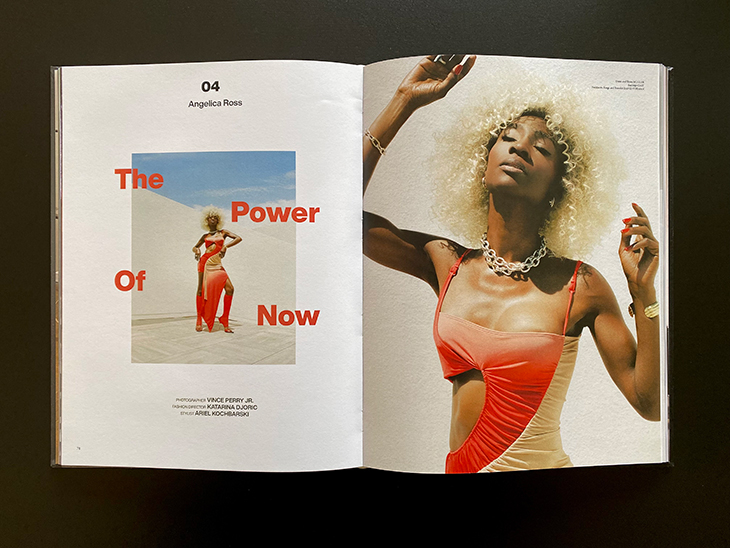