Album/DVD: Sticky & Sweet LIVE
Artist: Madonna
Release Date: March 29th / April 06 2010
Website: www.madonna.com
Madonna's latest tour, the Sticky & Sweet concert is set for a world wide release hitting the shelves April 6th in Madonna and Warner Brothers collaboration with LIVE Nation. Sticky & Sweet marks a record not only in Madonna's career, with 3.5 million viewers from thirty-two countries all over the globe it is the most successful tour by a solo artist in history.
Distributed by Madonna's long time label Warner Bros Records, Sticky & Sweet comes as a live CD with Blue Ray or DVD as disk 2. Actual video and audio recording comes from Madonna's concert in Buenos Aires performed to 256 000 fans, while it focuses on her more recent "Hard Candy" album, shes also performs hits like Hung Up, Like A Prayer, Ray Of Light, Don't Cry for Me Argentina and other.

Both DVD and Blue-Ray include the full live Buenos Aires shows with unseen behind the scenes footage, CD includes 13 lives songs from the concert. 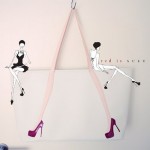 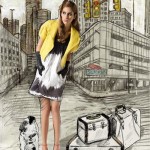