'I think the reason they are so good is that they were such perfectionists in those years. So many times we would get to work on the second day and they would have completely scrapped the first day of pictures. They were completely fearless: they wouldn't be flustered at all by clients or magazines or the fact that yous shouldn't really drop a whole day's work. They just wanted it to be perfect'

View the rest of Loewe campaign after the jump: 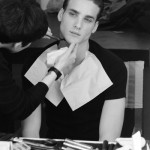 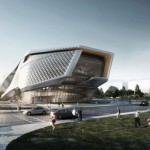