Friday morning the news broke Designer MARIA GRAZIA CHIURI is to leave her position at the helm of VALENTINO and become the first ever Female Designer leading the DIOR design team. Nevertheless VALENTINO team has left no room to speculations, announcing the day before Chiuri’s confirmation at the house of DIOR there will be little change in their ranks. VALENTINO has immediately named PIERPAOLO PICCIOLI the sole Creative Director of the famed fashion house. Chiuri and Piccioli have worked together for more than 17 years at Valentino, after leading the accessory departments at Valentino they took over together the leading roles at the house after it’s founder Valentino Garani retired.

“Valentino and the people with whom I work with are a great part of my life. My decision of bringing forward the creative guide of this Maison is driven by the strong passion that triggers my work and by the desire of continuing to express here my stylistic vision.” – said Pierpaolo Piccioli the new Creative Director Valentino The last bow for Maria Grazia Chiuri was the VALENTINO HAUTE COUTURE Fall Winter 2016 show, presented only couple of days ago in Paris. See all the looks from the Shakespeare inspired Valentino couture collection. 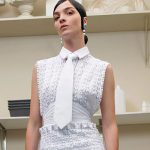 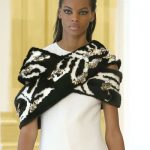