David Cross Making America Great Again just came out on NETFLIX but did the comedian/actor keep up with the fast pace of today’s politics? Our contributing writer Matti Bygod shares with us more about the latest stand up to stream.

The tricky thing about releasing a tapped political comedy special during an election year is how readily information changes and how often it gets discussed by other comics. Jokes get made by hundreds of comedians daily, being shared and analyzed as the race narrows down to the election. The abundance of material coming out on social media and late night TV makes it difficult for some content to make an impact. Making America Great again isn’t a misstep for David Cross but more like a step short of the mark.

Making America Great Again is technically a well crafted and performed comedy special but you can often see the punch lines coming and they often fail to shock. David Cross has great delivery and his far left views of politics and religion are thought provoking and sometimes funny but the conversation he’s having with us feels too familiar and doesn’t go far enough.

I don’t need my sides to be splitting from laughter during every set I see as long the content engages you and provokes some thought. Making America Great Again was a nice conversation about Trump, religion, gun laws and America but it wasn’t polarizing enough and it wasn’t light enough to evoke much laugh out loud laughter. David’s set starts easy for the first 20 minutes making observational humor. Its fantastic watching David take us on a journey of absurdity, it’s these moments that likely make his live act so engaging. Jokes about buying luggage at the airport and following a man shouting “Hi Hitler” were fun but didn’t really relate to the other half of his set. 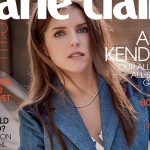 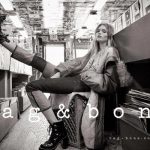