Vuk is graduate of Faculty of Applied Arts in Belgrade and University of the Applied Arts in Vienna.  He exhibited his works independently and together with other artists, both at home and abroad and has received several awards for his innovative art, including Recognition Award from MAK Museum in Vienna, Award for Drawing fom Vladimir Velickovic Fund and Award Miodrag Vujacic Mirski.

Vuk Cuk is known for his innovative approach to the kind of art, he creates. He can be described as a very contemporary artist, who makes use of the possibilites that technology offers today; his artistic skills unfold on a computer screen, and his imagination gets safe passage in editing applications. His imaginations has no limits, still Cuk is dedicated to his art and knows how he wants his art to be. Sitting by the computer Cuk works determinated with his sketches and the processing of these. He tries out different colour combinations and forms, and afterwards his works are lasercuttet in metal to a often momumental size compared to the small sketches. The metal plates is painted with a quickly drying acrylic paint, and the patterns he creates on the metal plates are drawn before they are to be covered in colours. – from the artist 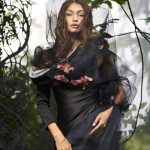 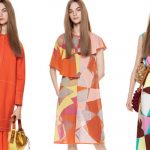