While many of you speculated (hoped for!) a collaboration with the likes of must-have Gucci or perhaps a repeat of a Versace collab, H&M has just announced ERDEM as it’s November designer collaboration for this year.

The clothing giant is in a way also introducing the respected ERDEM house to global audience with it’s new collection collaboration set for November 2nd release date. Designer Erdem Moralioglu is working closely with the H&M teams on both men’s and women’s collections ready to hit the stores. This will be the first men’s collection by the designer, who is already famous for a legion of celebrity fans. To promote the collection H&M and ERDEM have teamed up with the legendary film director Baz Luhrmann, releasing the teaser video (above) of the new collection today.

For many this will be the time to get familiar with ERDEM. The designer talked about his collaboration with H&M, scroll down to read more. The designer has revealed exclusively to H&M: “It’s very personal, the collection reinterprets some of the codes that have defined my work over the past decade. It’s also inspired by much of my youth, from the English films, 90’s TV shows and music videos I grew up watching to memories of the style that defined members of my family. Taking from these inspirations I imagined a group of characters and friends off to the English countryside for the weekend. There’s a real play in the collection between something decidedly dressed-up and equally effortless. It’s all so beautifully finished,” he says. “It’s the way I approach every collection, turning it inside out and making sure that every detail is perfect.” The collection also marks Erdem Moralioglu first venture into menswear, similar to the one by designer Isabel Marant who till the H&M collection focused only on womenswear. Talking about taking on designing for men, Mr Moralioglu shared: “I found it a real joy, it’s really about looking at a wardrobe of pieces, and focusing on the exact design details. There has to be an easiness to menswear, and a sense of reality. I’m so happy with it, and I think so many women are going to love the men’s collection too.”

While the hype of H&M designer collaborations is truly unparalleled, the fashion empire is yet to repeated the massive hysteria seen over its Balmain, Karl Lagerfeld and Versace collaborations. Or hard to forget violent shopping bridezilla outburts over Viktor and Rolf H&M wedding dresses! While many fashion insiders hoped for a collaboration between Gucci by Alessandro Michele and H&M, this is now clearly only a speculation. Last years KENZOxH&M collection, while much talked about has not produced the massive hype like the 2015’s Balmain collaboration. Most likely to Kenzo’s originally low price point and bigger availability of the pieces. While ERDEM is not as affordable as Kenzo in many instances, it’s remaining to be seen what kind of an impact will an intense marketing campaign by Hennes & Mauritz corporation to bring for both them as well as the Britain based designer.

Also, tough luck if you are not into floral prints this winter.

All images courtesy of H&M 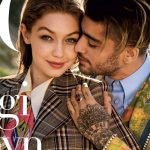 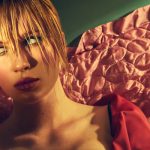