Network: Bravo
Tv series: The Fashion Show
Episode: #9
Judges: Isaac Mizrahi, Kelly Rowland and Fern Mallis
Website: www.bravotv.com/the-fashion-show
At long last, the final four contestants present their collections in front of an audience of industry luminaries, and battle it out as America decides who will win the grand prize of $125,000. With Glenda Bailey, Editor in Chief of Harper’s Bazaar, Betsey Johnson, and R. Scott French all sitting front row, the final fashion show is the biggest of these designers’ lives. But not all four contestants will have the chance to let America vote on their designs — which of the four will be eliminated by the judges directly after the show? And who will make it to let America decide the winner?
Remember that you can purchase all past winning designs HERE.
Catch part one of the finale TONIGHT @ 10/9c only on Bravo and don’t forget to VOTE immediately after the show!

More From: Bravo The Fashion Show 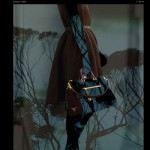 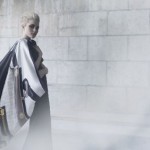