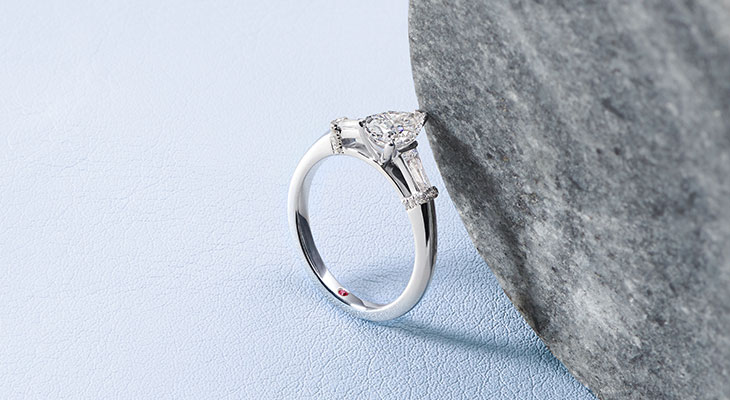 In many cultures diamonds are considered to be the ultimate jewel. They are a symbol used to express emotions and are often given to celebrate special occasions, such as weddings, births and anniversaries. As one of the Earth’s most precious creations, diamonds hold deep emotional meaning. They were born at the beginning of time and will last for eternity.

Since the mid-twentieth century, to determine the quality and value of a diamond, the diamond industry has been using four characteristics, known as The Four Cs – carat, cut, clarity, and color. This used to be all you need to know about a diamond, until consumers became aware of various conflicts, and the harrowing stories behind the industry. International NGO, Global Witness was among the first organizations to pick up on the link between diamonds and conflicts in Africa in its 1998 report entitled A Rough Trade.

Today’s shoppers are interested in the origin of their gems, ensuring they are not buying conflict or blood diamonds used to fund civil wars. The question of ethics is particularly important for millennial shoppers, who care more than previous generations about what impact their shopping habits have on community, society, and the environment.

Diamonds are the hardest natural material known to man. They started to form inside the Earth 3.3 billion years ago due to extreme heat and pressure.

The value of the diamonds increase drastically through processing from production to retail. According to Statista, mined rough diamonds had a production value of $17.5 billion in 2017, and this figure increased to $25 billion after polishing.

About 30% of diamonds are of gem quality and are used for jewelry, but the remaining 70% are sold for industrial applications including cutting, drilling, grinding and polishing.

Blood diamonds or conflict diamonds is a term used to highlight the negative consequences of the diamond trade in certain areas. As defined by the United Nations (UN), any diamond that is mined in areas controlled by forces opposed to the legitimate, internationally recognized government of a country and that is sold to fund military action against that government is a blood diamond.

The term was formulated during the 1990s, during the brutal civil wars in western and central Africa. The conflicts in Angola, the Democratic Republic of the Congo, and Sierra Leone directed world attention to the destructive role of diamonds. Diamonds mined in those rebel-controlled areas were used to buy arms for the rebel groups and brought great suffering to civilians. These gemstones entered into the consumer markets in the West, and the shoppers were unable to distinguish conflict diamonds from legitimate ones, since the origin of the stones could not be verified.

In 2003, United Nations resolution established a diamond certification scheme named Kimberly Process, to prevent conflict diamonds from entering the market. Soon, the effectiveness of the process has been brought into question by some organizations claiming it does not serve to eliminate other human rights concerns from the diamond production chain.

The question of ethics in the mining of diamonds has also arisen in terms of the issues around workers exploitation. The health and safety of working conditions, the use of child labour, fair pay, as well as the evictions of people from the mining locations, are not addressed.

While the consumers do not want to buy clothes from brands that do not follow ethical practices and give fair wages, they don’t know enough about miners exploitation.

Ethically sourced diamonds come from the mines that have fair humanitarian mining practices when it comes to wages and conditions when sourcing for raw diamonds.

When buying a diamond, make sure to ask your jeweler where the diamonds were sourced. Some jewelers know every step in the path from mine to market. Ian Smillie, a conflict diamond expert and author of several books on blood diamonds, advise consumers to ask questions when they shop, and to always resist the easy answer.

You should avoid diamonds from Zimbabwe and Angola, countries where the organizations such as Amnesty International and Human Rights Watch documented human rights abuses. 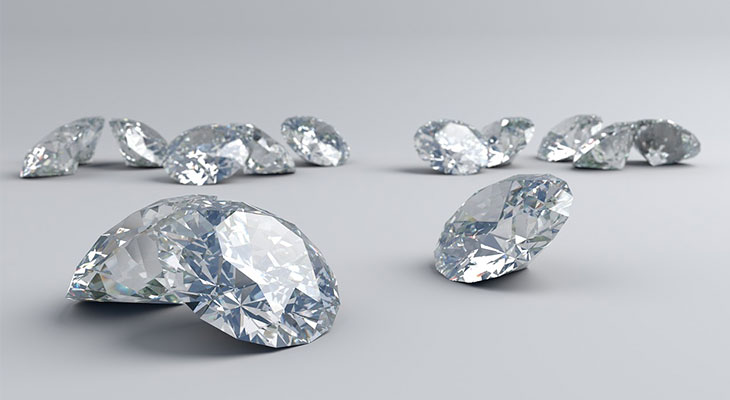 Conflict free diamonds refer to diamonds which are mined and shipped without connection to rebel or terror groups. When you get a conflict-free diamond, it means that the diamond is not mined in a way that hurt any individuals during the mining process, nor it is related to any kind of bloody issues.

Procedures and agreements like The Kimberley Process should  be reducing the flow of conflict diamond in the supply chain.

Are lab-created diamonds real diamonds? The answer is yes. They display the same chemical and optical characteristics of a natural diamond crystal. They do have very subtle differences that can only be detected by sophisticated equipment designed for that purpose.

For today’s shoppers, interested in ethically sourced diamonds, lab grown diamonds can be a great choice. Plus, their prices are generally lower than natural diamonds.

Spending a few thousand dollars on a diamond is not an easy decision, especially when you know the diamond in question may have funded a civil war, contributed to human rights abuse, unfair labor practice or harmed the environment in its extraction process.

Today’s customers want to know more about the origin of their diamonds, where do they come from, how are they sourced. It’s questions like these that are changing the nature of the jewelry industry. Pretty is no longer enough. Shoppers are no longer satisfied with having something beautiful. They want every information needed to be sure their diamond is ethically sourced and conflict-free.